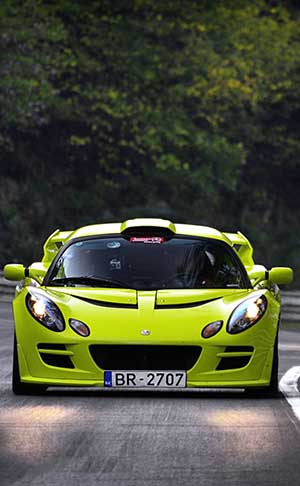 In the spring of 2017, 51 percent of Lotus was acquired by Chinese automaker Geely. Since that time, rumblings about some much-needed fresh product have been trickling out of Lotus HQ. Now, according to a report today from Automotive News, two new sports cars are being prepped for 2020, with an SUV to follow. Lotus CEO Jean-Marc Gales told Automotive News Europe that work on the SUV has already begun and it will be released a year or two after the sports cars.

Lotus CEO and super-speeder Jean-Marc Gales didn’t give many details about the new cars, though he did say that one of them would replace an existing model. An updated version of an existing platform will be used for one of the new cars as well. The other will be built around an all-new carbon fiber tub like some top-end supercars. It will be similar to the Lotus 3-Eleven track-only car, but remain road legal. Both new sports vehicles will be built at Lotus’s United Kingdom factory.

We don’t have the specifics on what the other two vehicles will be, other than the fact that they will be sports cars. That certainly fits with the brand history of Lotus, which has churned out nothing but sporty machines since its inception in 1952. While details are short, Gales has stated that one of the upcoming sports cars will replace a current car in the lineup.

That means we’ll say goodbye to the Elise, the Exige, or the Evora. Since these are all now-dated platforms, we’re fine with that notion and ready to welcome any new Lotus models into this world.

The oddball, however, will most certainly be the upcoming SUV. Patent drawings circulated on the Internet earlier in the year, and it seems that Lotus is approaching its own SUV in a manner similar to what Lamborghini has done with its Urus. This is a sharply styled four-door SUV, which basically takes the sports car proportions, adapts them into a sedan-like form, and then scales that up into a sports utility vehicle.

It’s really no surprise that Lotus would eye such a model as it hopes for a global comeback. The crossover and SUV market is the fastest growing segment in the industry. Nearly every automaker offers something that sits a bit higher and appeals to the desires of people who want a wagon but don’t know what they actually want is a wagon.

So while Colin Chapman may be rolling in his grave at the idea of a Lotus SUV, there’s a strong argument that such a vehicle is necessary for Lotus to survive. Considering its intended lineup of one SUV and five sports cars, it doesn’t seem like Lotus is forgetting about its roots—much.