The Gran Turismo coupe and its convertible offshoot, the Gran Cabrio, were both included in the five-year plan parent company Fiat-Chrysler Automobiles (FCA) presented in 2014. Their future began looking grim when they disappeared from the company’s road map, according to Motor Authority. We know Maserati is busily working on another, more hardcore sports car inspired by the Alfieri concept, and odds are insiders worried releasing two similar models in the same price bracket would confuse buyers and torpedo both nameplates.

The latest from Maserati’s Modena, Italy, headquarters is that development of the next Gran Turismo is back on track. Additional details about the car remain under wraps, but Maserati’s presentation noted every car it releases beginning in 2020 will be offered with a battery-electric powertrain. The current, 12-year old Gran Turismo (pictured) has been V8-only for its entire career, and we wouldn’t be surprised to see the eight-cylinder return as an alternative powertrain for buyers who don’t want an EV. Maserati has previously made it clear that it won’t commit to an all-electric future.

Maserati’s product master plan pegs the next Gran Turismo’s debut date at some point in 2021. Keep in mind the company isn’t exactly known for timeliness. Even if we see the model during 2021, it’s unlikely to appear in American showrooms until 2022 at the earliest. The Gran Cabrio will arrive the following year, so it will likely launch as a 2023 model. That means the current Gran Turismo and Gran Cabrio will likely remain in the firm’s lineup for two or three additional years. 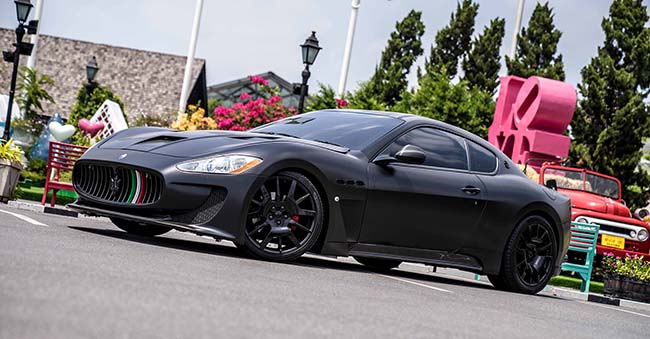