For round five of the 2020 Formula One World Championship, teams are back at the Silverstone Circuit where the British Grand Prix was held just one week ago. A special 70th Anniversary Grand Prix is being held this weekend as part of the revised 2020 F1 calendar, with the location of Silverstone picked as this was where the very first F1 race was held back in 1950. Silverstone’s track layout has seen constant revision since the inaugural race, with the most significant change coming in 2010 when the old perimeter layout was altered to create a new infield section. 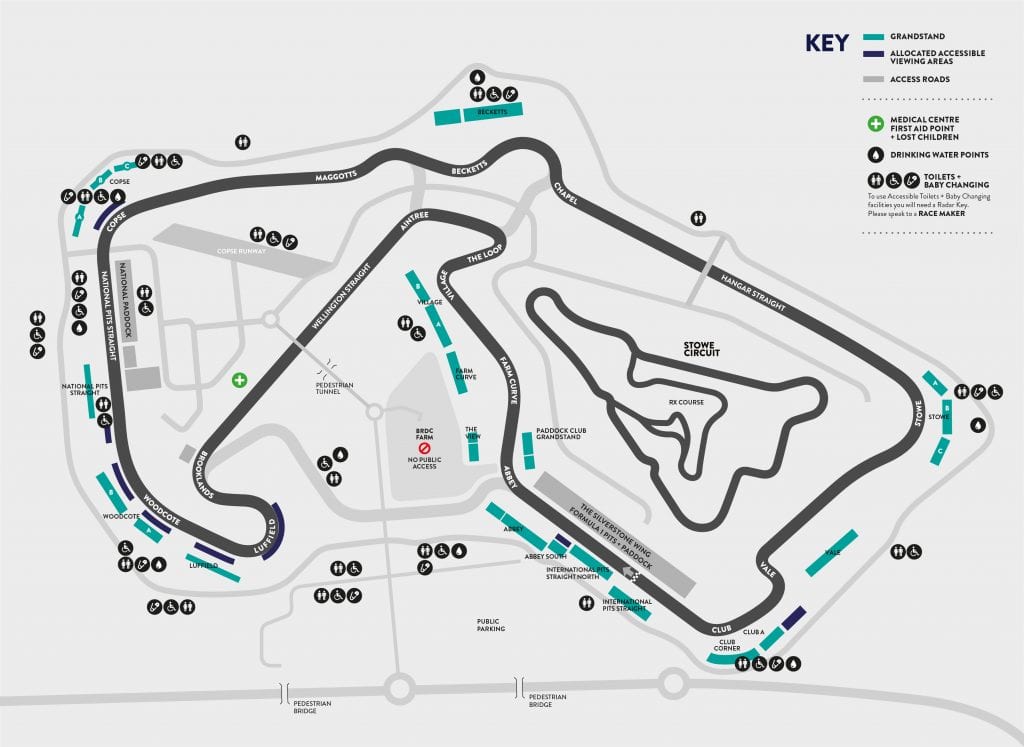 The 3.66-mile track consists of sweeping, high-speed corners and fast straights, making it one of the quickest laps on the calendar and a popular place for drivers. In dry conditions, pole position is taken at an average speed of about 150 mph, and the power units are made to work hard because there are long periods of full throttle.

Silverstone is always a challenge as the British weather is so invariable but current weather forecasts are still predicting good weather for both Saturday’s qualifying session and Sunday’s race. Taking this into consideration, Pirelli has indicated the use of its C2, C3, and C4 tires; a softer compound than some employed previously. It will be interesting to see how they hold up after both Mercedes-AMG drivers Lewis Hamilton and Valtteri Bottas suffered tire failures in last weekend’s race.

Once again, retired F1 driver, Nico Hulkenberg will sit in for Racing Point’s Sergio Perez who remains in self-isolation after contracting the Covid-19 coronavirus. Racing Point has also suffered a blow, losing 15 points and receiving a 400,000 euro (approximately $472,800) fine after stewards agreed with a protest from Renault that part of the design of Racing Point’s car, specifically the rear brake ducts, was copied from Mercedes’ 2019 championship winner.

Going into the weekend, Hamilton leads the 2020 Drivers’ Championship with 88 points. Bottas is second with 58 points and Red Bull Racing’s Max Verstappen is third with 52 points. In the Constructors’ Championship, Mercedes leads with 146 points versus the 78 of Ferrari and 51 of McLaren. Should Hamilton finish on the podium, he will have equaled Michael Schumacher’s record of 155 podium finishes. And if he wins, he will be just three wins shy of Schumacher’s record 91.