Playground Games has delivered their latest masterpiece with Forza Horizon 5, which features the series’ most diverse map and largest car list yet. Forza Horizon 5 Series 8 celebrates German automotive engineering with a broad range of new German-made vehicles for players to collect and drive.

The current Forza Horizon 5 Festival Playlist, Series 7, is just past its halfway point, and Forza Horizon 5 players are already looking forward to new cars, cosmetic items, challenges and rewards, and more in Series 8, which follows the theme of “German Auto Excellence.”

It’s worth mentioning that all of the new cars “revealed” as part of Series 8 were actually initially added to the game with Forza Horizon 5 Series 7, but simply weren’t available to players. Our Forza Horizon 5 car list already features all seven of the new vehicles, including when you’ll be able to claim the new Car Pass cars.

One fact that wasn’t previously known, however, was how the 2021 Porsche 911 GT3 boasts of an exclusive feature not seen with any other car in Forza Horizon 5. Unlike other cars in this excellent Xbox racing game, the Porsche 911 GT3 trim and interior details, including interior stitching and more, actually change to match any of the official Porsche body color options from which you can choose. This is a seemingly minor detail that is nevertheless still much appreciated, and will, hopefully, come to other cars in the future.

The theme of this Festival Playlist is all about celebrating German-made cars, meaning many of the challenges and rewards feature German vehicles or German-themed cosmetic items. All seven of the new cars featured in Series 8 are from German manufacturers, including Mercedes, Audi, Volkswagen, and Porsche. 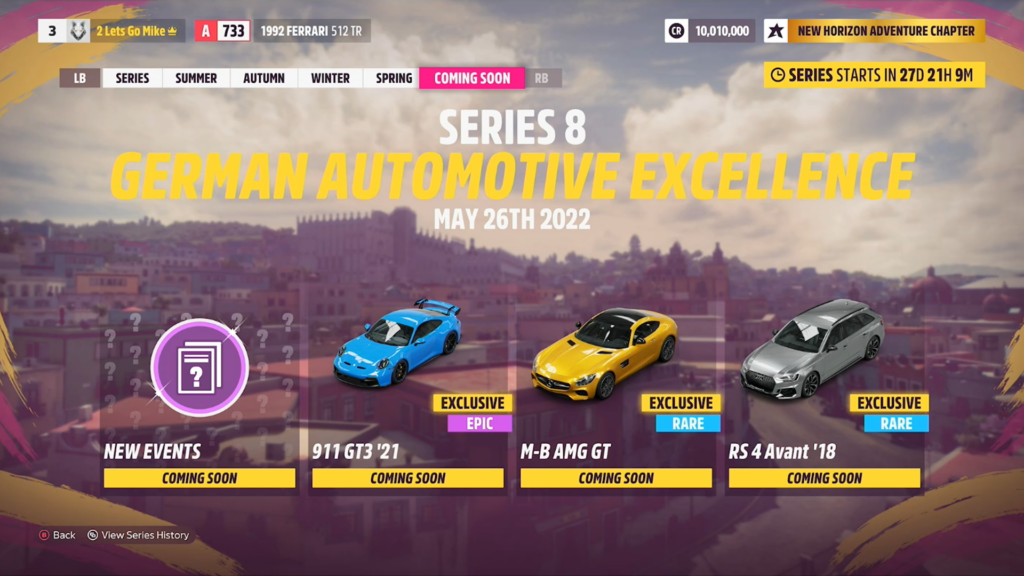 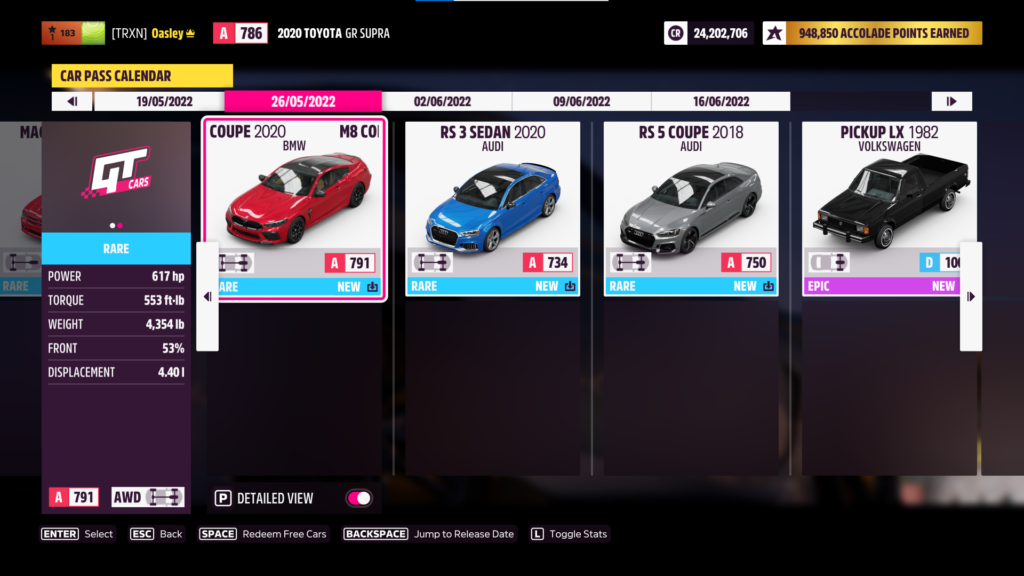 Overall, Forza Horizon 5 Series 8 appears to be a more minor release, with a handful of new cars and just enough content to keep players interested. Playground Games didn’t discuss any major new events, content additions, or new world changes for Series 8, nor did they discuss new bug fixes or quality-of-life improvements arriving in an accompanying update (likely explaining why Series 8 cars were added through the previous Series 7 update).

Playground Games also teased Forza Horizon 5 Series 9, which will be called “Horizon Academy,” and will feature the mysterious “Horizon Nexus,” new cars and challenges, and more. We’ll have to wait until Playground Games returns with a new stream to learn more about what’s coming with the Series 9 release.

Forza Horizon 5 Series 8 officially begins on May 26, 2022, and will be a free update rolling out to players on all platforms, including Xbox Series X|S, Xbox One, PC, Xbox Game Pass, and Xbox Cloud Gaming.