The Dodge Conquest TSI is an oft-forgotten Rad-era classic with a combination of good looks and a long list of motorsport victories in the USA, Australia, Europe, Britain, Europe, and across Asia. A 4×4 version even won its class in the 1983 Paris-Dakar Rally.

Though it’s badged as a Dodge the car is actually a Mitsubishi Starion, it was offered as a Dodge, Chrysler, or Plymouth in the US market thanks to a partnership between the Japanese and American automakers. 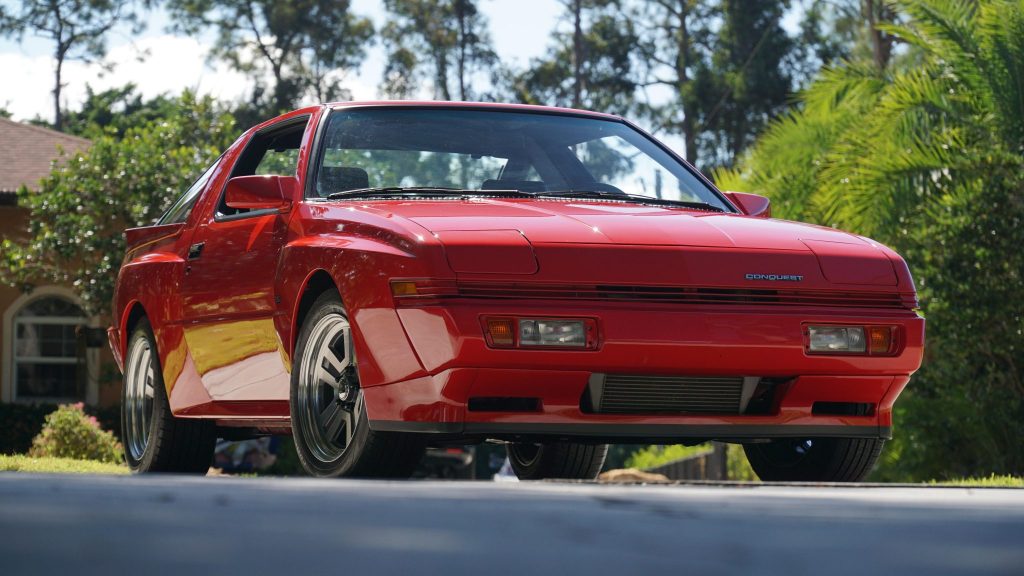 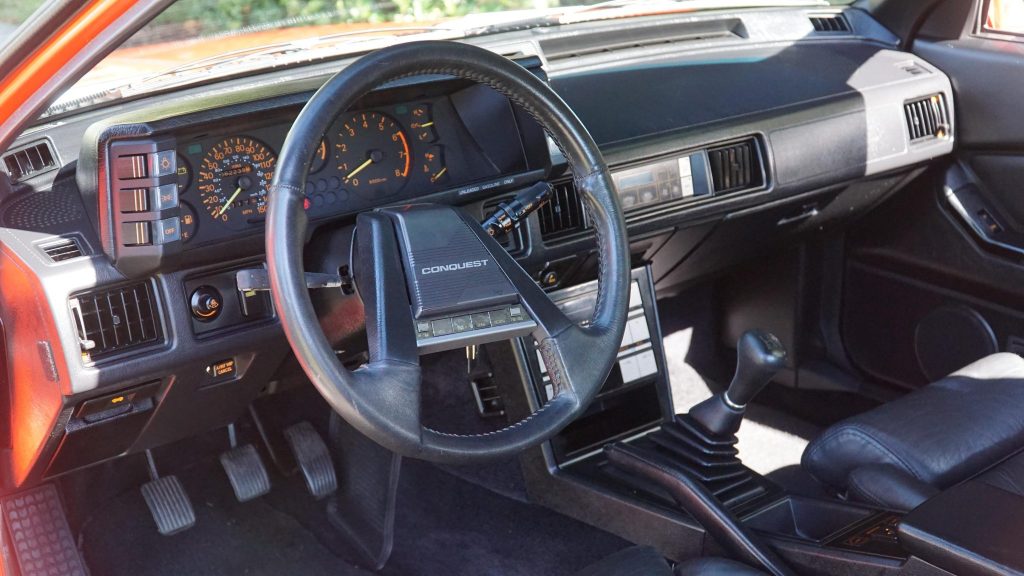 The cabin features seats trimmed in black leather along with a color-coordinated dashboard, door panels, and carpeting. Amenities include turbo-script front seatbelts, power windows, a cassette stereo with a graphic equalizer, automatic climate control, and a digital clock.

The turbocharged 2.6-liter 4G54 inline-four was factory rated at 173 horsepower and 223 lb-ft of torque and is fitted with an HKS Power exhaust system. 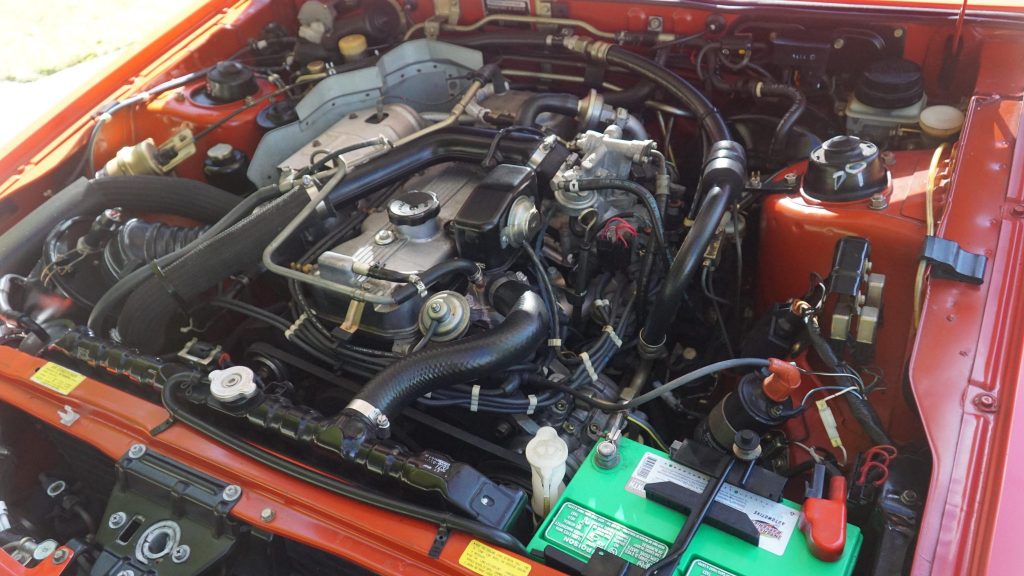 The Conquests we know today were inspired by Japanese sports cars. Mitsubishi, then known for turbocharging its cars, sold the Mitsubishi Starion from 1983 to 1989. Following suit, the identical Plymouth and Dodge Conquest twins debuted in 1984.  According to Autotrader, “At that time, the Conquest looked a little different from the way it does now. It had a narrow body with no fender flares, and it looked a lot more like an early ‘FB’ Mazda RX-7 or a ‘Z31’ Nissan 300ZX than the fender-flared Conquest that came later.”

The Starion was a period sales competitor of the Mazda RX-7, Toyota Supra, and the Nissan Z cars. The Mitsubishi never quite achieved the fame or notoriety of its rivals, but it regularly beat them on race tracks around the world.