While the latest mid-engine C8 is an honest supercar competitor, the other Corvette generations have their own charms. True, older ‘Vettes don’t have the latest tech or as nice of an interior. However, as with other used performance cars like the Porsche Cayman and BMW 3-Series, they’re significantly cheaper.

The C5 Chevy Corvette came out in 1997, following up on the controversial C4, which had been on sale for like 15 years by that point. The C5 was hailed as a huge step forward for the Corvette, but, like all Corvette models, it wasn’t a huge hit with the most hardcore automotive enthusiasts. As usual, it was more of a car for older people, for guys who had wanted a Vette their whole lives, and who finally got one — just to keep it in their garages and wax it on weekends.

That all changed for the 2001 model year when Chevy released the Z06. The Z06 was intended to take the Vette to the next level, bringing true performance car credentials to this well-known, but an increasingly soft, icon. The Z06 was only offered as a coupe, and it had an additional 40 horsepower over the regular Corvette it featured other performance touches, like better brakes, larger wheels, and improved suspension.

For the 2001 model year, Chevrolet released the C5 Corvette Z06. It had redesigned suspension, titanium exhaust, lighter wheels, grippier tires, and less sound deadening. It also had 40 more hp and 35 more lb-ft than the standard C5 Corvette, thanks to its LS6 5.7-liter V8. The 2002 and later models were even more powerful, with output increased to 405 hp and 400 lb-ft. A late-model C5 Corvette Z06 could go 0-60 in 4 seconds, matching the current Ford Mustang Shelby GT350. 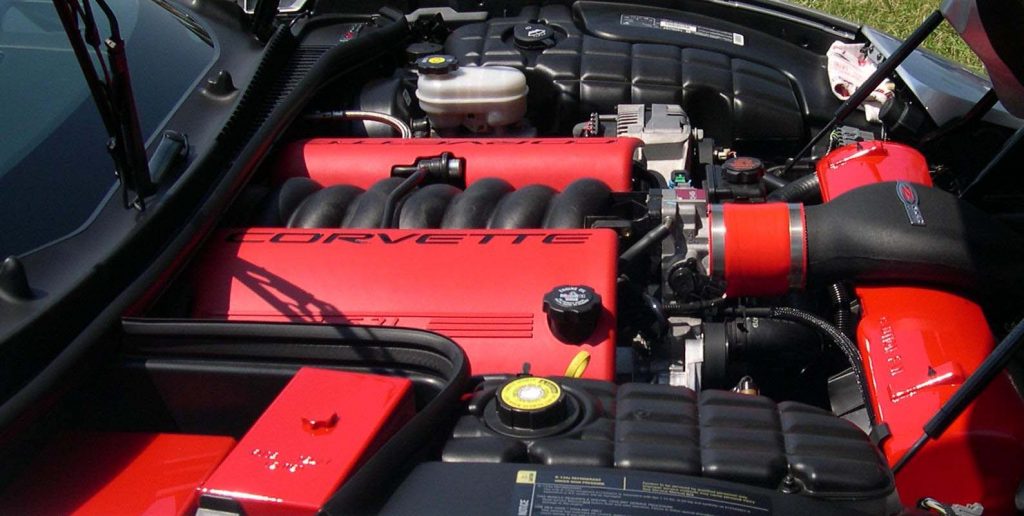 Chevrolet engineered several modifications for the Z06 to put the increased power to its best use, starting with the most structurally rigid body style — the hardtop or FRC (Fixed Roof Coupé). The new components added to the Z06 included: uprated FE4 suspension, larger wheels and tires, revised gearing ratios, and functional brake cooling ducts. The Z06 is 38 lb lighter than a standard C5 hardtop due to weight-saving measures such as a titanium exhaust system, thinner glass, lighter wheels, non-EMT tires, reduced soundproofing, and fixed rear radio aerial, and a lighter battery. Starting with the 2002 model year, power was increased to 405 hp at 6,000 rpm and 400 lb-ft of torque at 4,800 rpm, due to a larger air intake, stiffer valve springs, lighter sodium-filled valves, and more aggressive camshaft lift and timing.