A sign outside Road America’s Turn 5 proudly declares the facility as “America’s National Park of Speed” and it is hard to put forward a counter-argument. With a layout largely unchanged since its mid-1950s inauguration, this four-mile course has plaid host to some of the country’s most prominent road racing championships.

The track currently boasts a full racing schedule each year, with highlights including the IndyCar Series, NASCAR Cup and Xfinity Series, IMSA Sportscars, MotoAmerica, and the GT World Challenge America, alongside several vintage and classic events.

In the early 1950s, sports car races were run on the streets in and around Elkhart Lake, Wisconsin. When the state legislature banned racing on public roads, a man named Clif Tufte organized a group of influential local citizens and leaders of the Chicago Region of the Sports Car Club of America (SCCA). This group developed plans and sold stock to build a permanent racecourse. The overall vision of Road America grew out of the dreams of Tufte, a highway engineer, who chose 525 acres of Wisconsin farmland outside the Village of Elkhart Lake for the track. 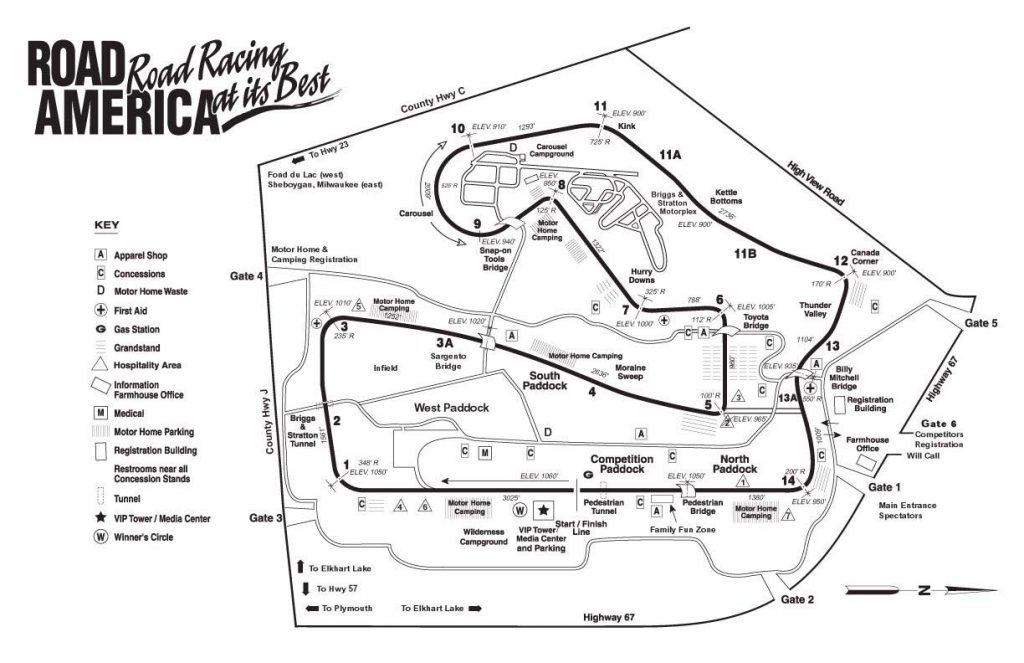 Tufte’s dream became a reality in April 1955. The natural topography of the glacial Kettle Moraine area was utilized for the track, sweeping around rolling hills and plunging through ravines. By September 10, 1955, the track’s first SCCA national race weekend was held. At 4.048 miles in length, with 14 turns, the track is virtually the same today as it was when it was first laid out and is revered the world over as one of the world’s finest and most challenging road courses. Road America was even recently was named the 2021 Best NASCAR Track in America as voted on by the USA 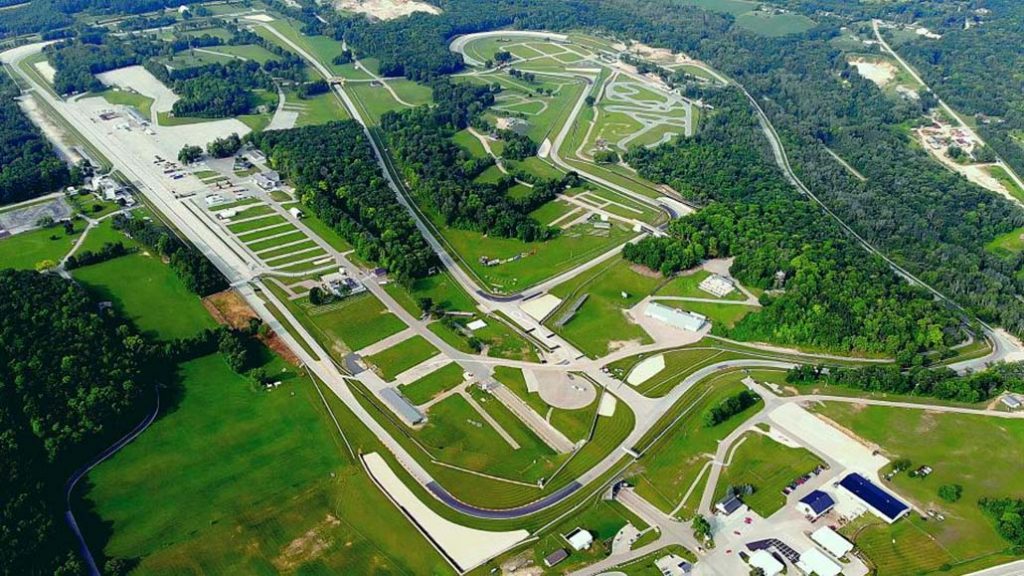 In 1955, the SCCA granted a sanction for an SCCA National, the highest form of road racing in the country at the time, held on September 10 and 11. The feature, a 148-mile race for the era’s large sports racing cars, became a duel between two men and their cars. Sherwood Johnson of Rye, N.Y., was one of the country’s best drivers. He was driving a semi-works D Jaguar for the Briggs Cunningham team. Phil Hill of Santa Monica, Calif., a rising racing star on the west coast, took to the track in a Ferrari Monza. For 37 laps Johnston and Hill were inseparable but then began to fight for the lead during the last six laps. As they approached the finish line on the last lap, Hill inched ahead and barely won the race. Phil Hill’s average speed was 80.2 mph.

The First Professional Race Weekend
The first professional race weekend was the August 1956 NASCAR Grand National race. At the time NASCAR was just a regional southern series and not widely popular. Well under 10,000 spectators attended the two-day event. On Saturday Paul Goldsmith won in a Jaguar Mk., VII sedan with a winning speed of 59.2 mph. The Sunday race was run in the rain and was a display of spinouts and hay bale bashing. The day’s winner was Tim Flock in a Mercury at a speed of 71.4 mph.

Millions of dollars in improvements have been made throughout the years, but the original 4.048-mile, 14-turn configuration has never been altered. In 2005, Elkhart Lake’s Road America, Inc. celebrated its 50th anniversary. Its history was documented in a book, “Road America: Celebrating 50 Years of Road Racing” by Tom Schultz. Celebrities such as David Letterman, Tom Cruise, Patrick Dempsey, Tim Allen, Ashley Judd, and the late Paul Newman have visited this venue, not only for the great racing but also for the scenic surroundings of this resort community.

Road America is big business, attracting over 800,000 visitors a year from every corner of the world. Economic impact studies show that Road America, its events, and visitors generate more than $100 million dollars annually each year. Over 500 events are held annually at Road America, often running multiple activities on the same day incorporating the four-mile track, the interior Briggs & Stratton Motorplex, and the beautiful grounds surrounding the facility.