The flagship race of the FIA WEC World Endurance Championship, the 24 Hours of Le Mans is one of the world’s oldest motor races and is admired around the globe. The French endurance classic is the ideal testing ground for a multitude of technological developments which can be subsequently applied across the motor industry. Every year, the race draws drivers and teams from around the world and is resolutely forward-looking, as proved by the introduction of a hydrogen class in 2024.

Launched when Grand Prix motor racing was the dominant form of motorsport throughout Europe, Le Mans was designed to present a different test. Instead of focusing on the ability of a car company to build the fastest machines, the 24 Hours of Le Mans would concentrate on the ability of manufacturers to build sporty yet reliable cars. This encouraged innovation in producing reliable and fuel-efficient vehicles because endurance racing requires cars that last and spend as little time in the pits as possible. 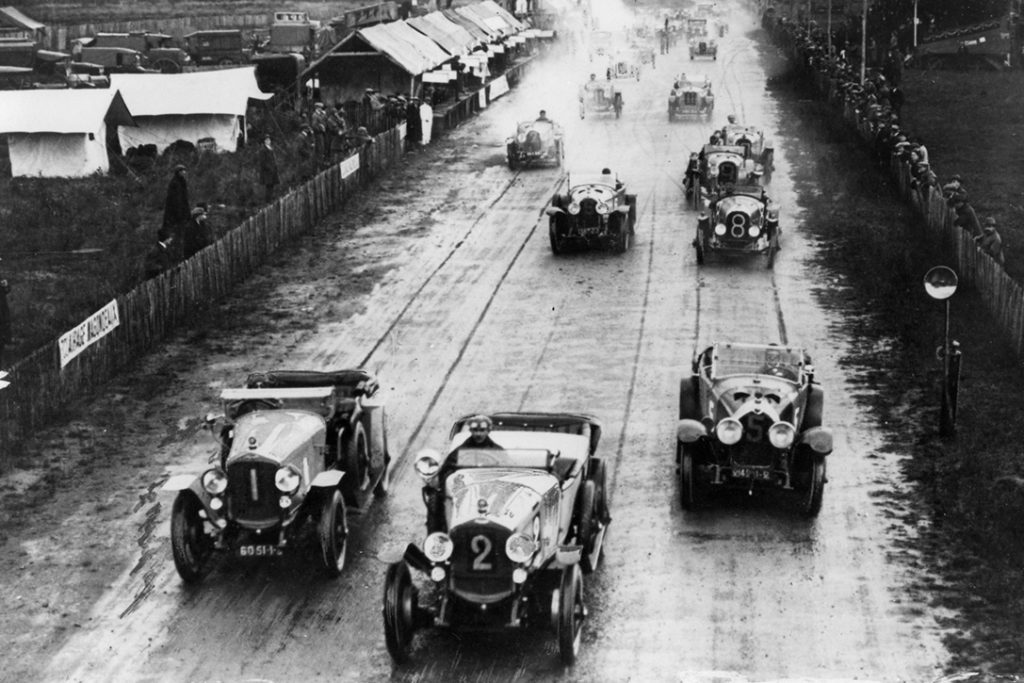 At the same time, the layout of the track required cars with better aerodynamics and stability at high speeds. While this was shared with Grand Prix racing, few tracks in Europe had straights of a length comparable to the Mulsanne. Additionally, because the road is public and thus not as meticulously maintained as permanent racing circuits, racing puts more strain on the parts, increasing the importance of reliability.

The oil crisis in the early 1970s led organizers to adopt a fuel economy formula known as Group C that limited the amount of fuel each car was allowed. Although it was later abandoned, fuel economy remains important as new fuel sources reduce the time spent during pit stops. Such technological innovations have had a trickle-down effect and can be incorporated into consumer cars. This has also led to faster and more exotic supercars as manufacturers seek to develop faster road cars in order to develop them into even faster GT cars. 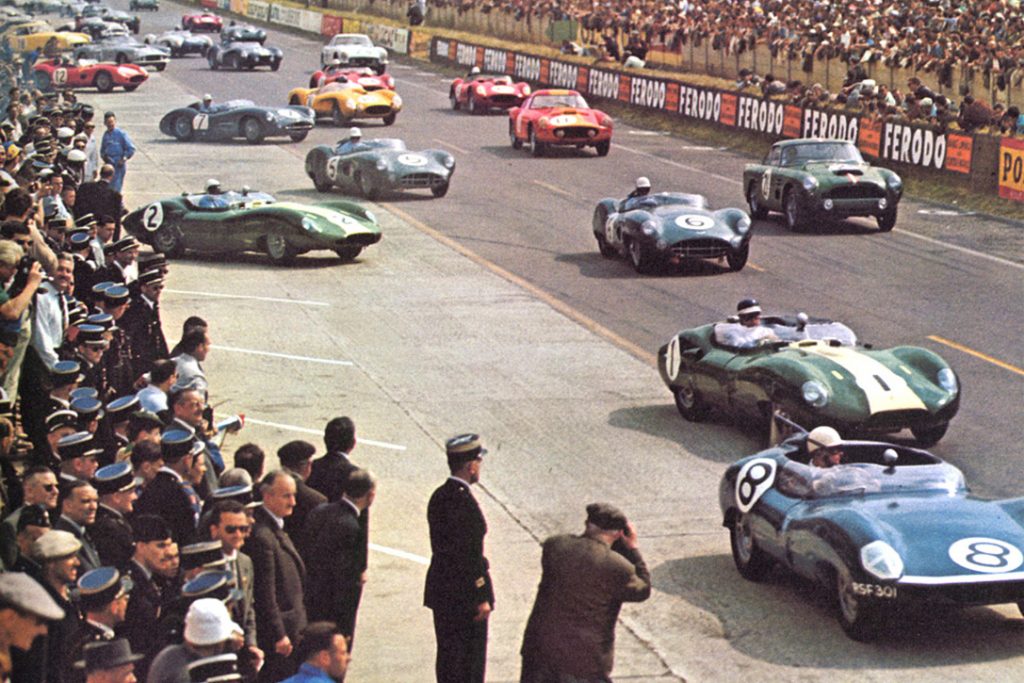 Additionally, hybrid systems (flywheel, super-capacitor, battery coupled with both petrol and diesel) have been championed in the LMP category as rules have been changed to their benefit and to further push efficiency.

The race is held in June, leading to very hot conditions for drivers, particularly in closed vehicles with poor ventilation; rain is commonly seen. The race begins in mid-afternoon and finishes the following day at the same hour the race started the previous day.

Modern competitors often cover well over 5,000 km. The record is 2010’s 5,410 km (3,360 mi), six times the length of the Indianapolis 500, or about 18 times longer than a Formula One Grand Prix. Drivers and racing teams strive for speed and avoid mechanical damage, as well as managing the cars’ consumables, primarily fuel, tires, and braking materials. It also tests endurance, with drivers frequently racing for over two hours before a relief driver can take over during a pit stop while eating and resting. Current regulations mandate that three drivers share each competing vehicle. 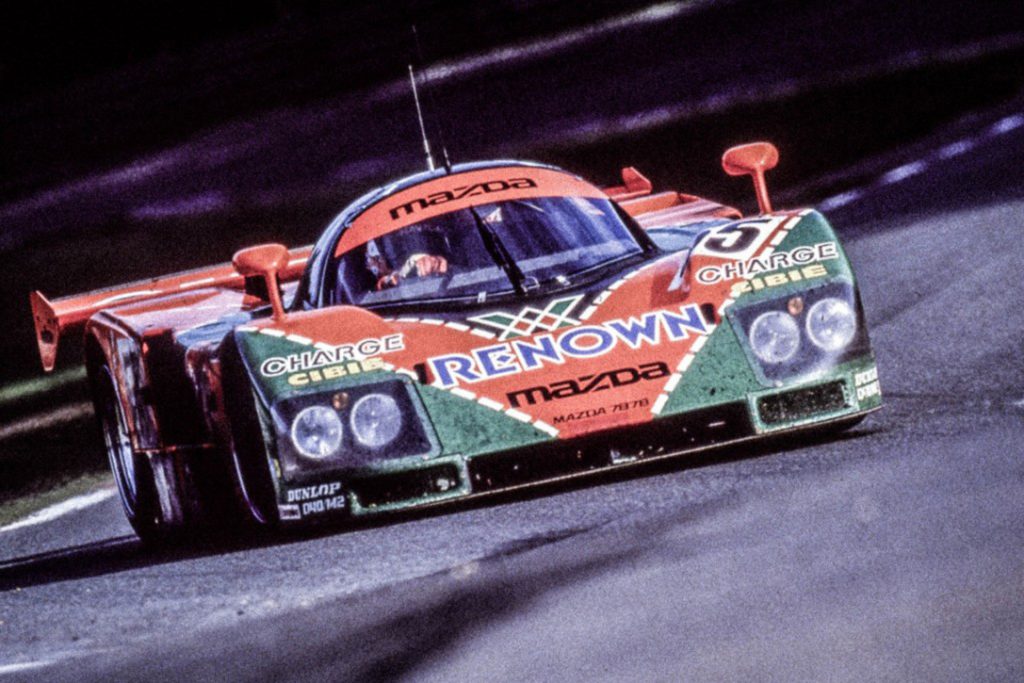 Competing teams race in groups called “classes”, or cars of similar specification, while competing simultaneously for outright placing amongst all classes. Originally, the race showcased cars as they were sold to the general public, then called “Sports Cars”, in contrast with the specialized racing cars used in Grand Prix motor racing. Over time, the competing vehicles evolved away from their publicly available road car roots. Today, the race comprises two classes: prototypes and Grand Touring cars (similar to sports cars sold to the public). These are further broken down into two sub-classes: constructors’ prototypes, privateer prototypes, and two subclasses of GT cars.

Competing teams have had a wide variety of organizations, ranging from competition departments of road car manufacturers (eager to prove the supremacy of their products) to professional motor racing teams (representing their commercial backers, some of which are also car manufacturers who want to win without paying for their own teams) to amateur teams (racing as much to compete in the famous race as to claim victory for their commercial partners). 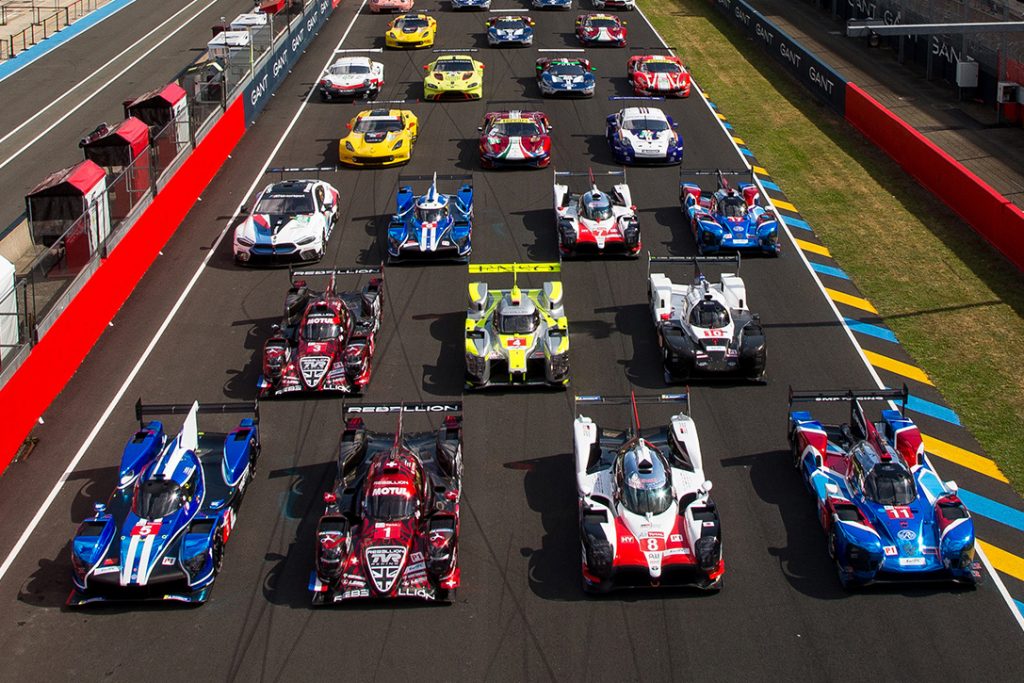 The 24 Hours of Le Mans was created by the Automobile Club de l’Ouest, a motoring organization founded in 1906. The first race was held on 26-27 May 1923 on a circuit near Le Mans. The competition was designed to boost and promote technical innovation and encourage the development of the automotive industry. From the radial tire to the emergence of the hybrid engine, it has been one innovation after another. And now the ACO has set itself a new challenge – Mission H24, with the aim of fielding a car driven by hydrogen power at the 2024 race. 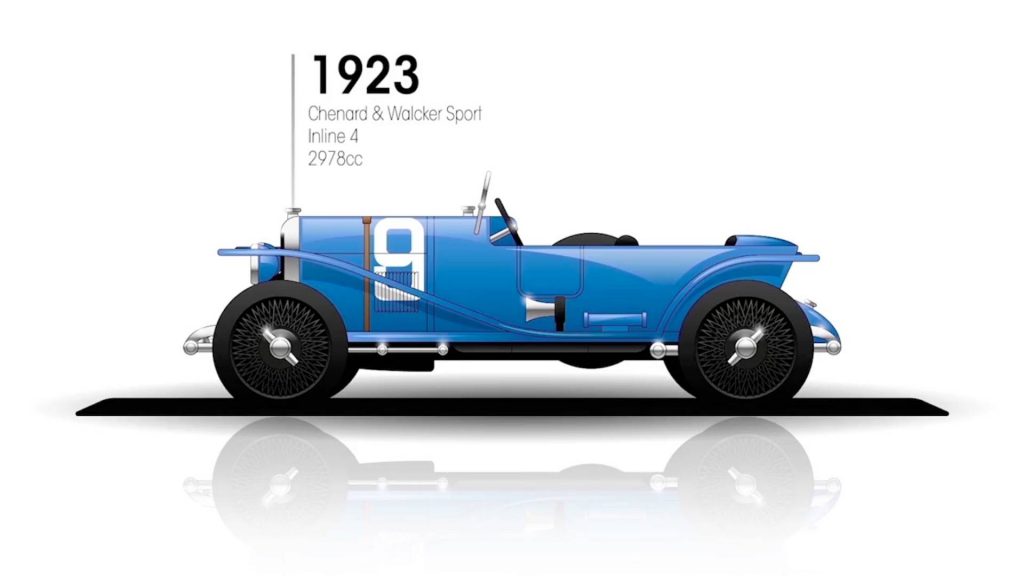 The 24 Hours of Le Mans circuit has one distinguishing feature in that sections of it are made up of public roads. It is now 13.626 km long but has been modified several times over the years to maximize safety for competitors. From the Pit Straight to the Dunlop Chicane, the Forest Esses, Mulsanne, and the Ford Chicane, the 24 Hours of Le Mans circuit is designed for speed and spectacular racing action. 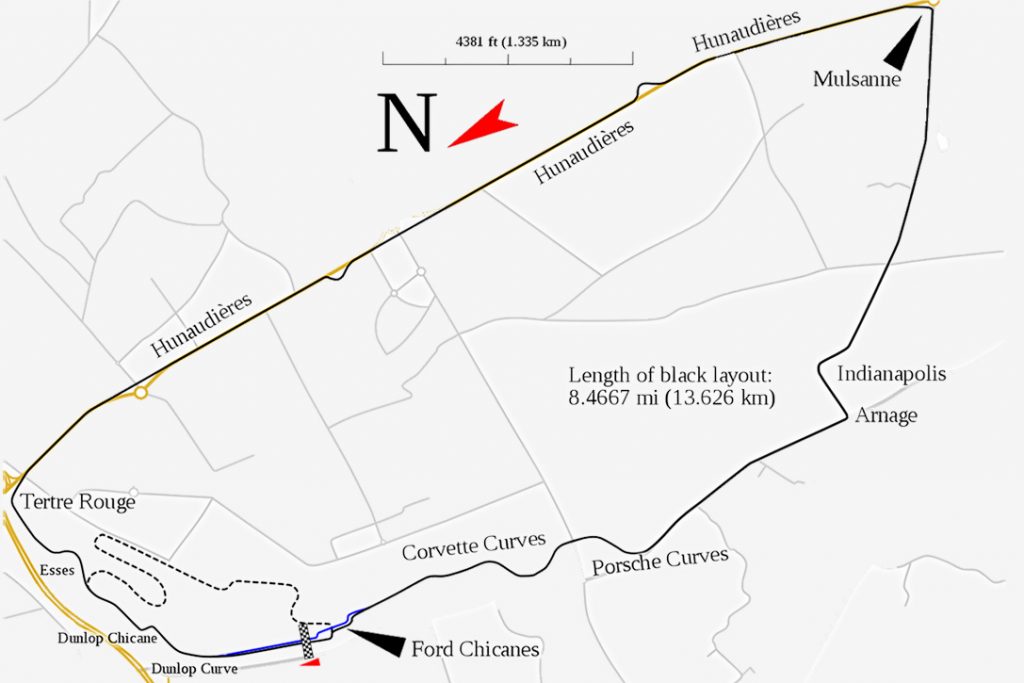 The French endurance classic is part of the FIA WEC World Endurance Championship and is split into four classes: Le Mans Prototype 1 (LMP1) hybrid and non-hybrid, Le Mans Prototype 2 (LMP2), Le Mans Grand Tourisme Endurance Pro (LMGTE Pro), and Le Mans Grand Tourisme Endurance Am (LMGTE Am), each class with its own technical specifications (engines permitted, chassis, etc.). For this, the 88th staging of the 24 Hours of Le Mans, there are five cars in the LMP1 class, 24 in LMP2, eight in LMGTE Pro, and 22 in LMGTE Am, making a total of 59 teams. 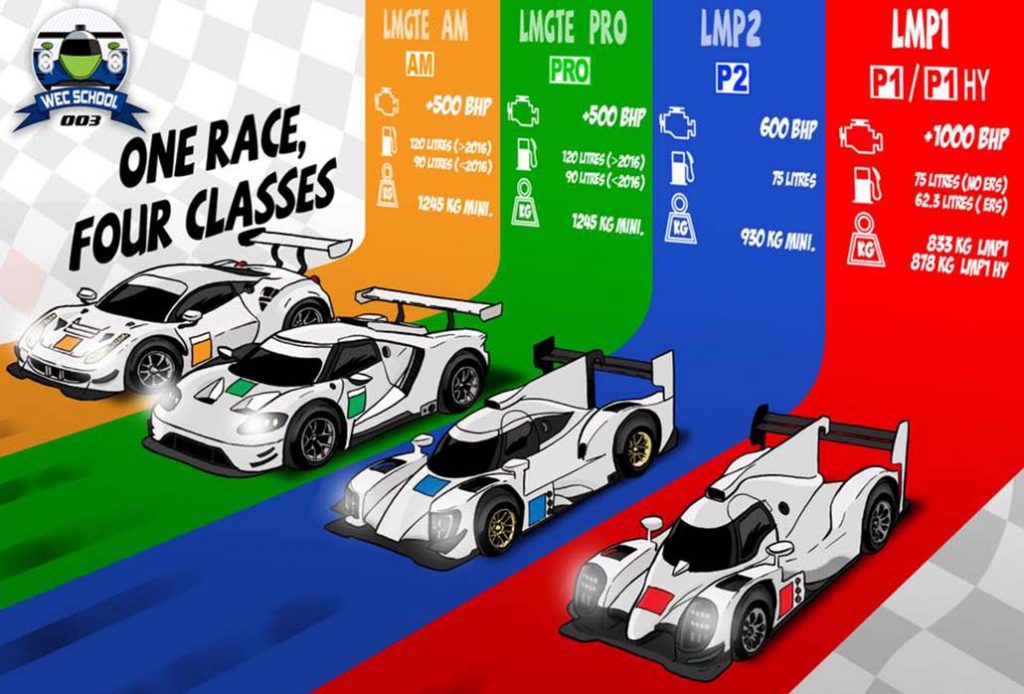 There are 59 cars in the 2020 24 Hours of Le Mans with 177 drivers (6 women) from 30 countries. Great Britain boasts the highest number of drivers, with eight teams, 11 cars, and 30 drivers, followed by France with six teams, seven cars, and 28 drivers. Italy completes the top three. 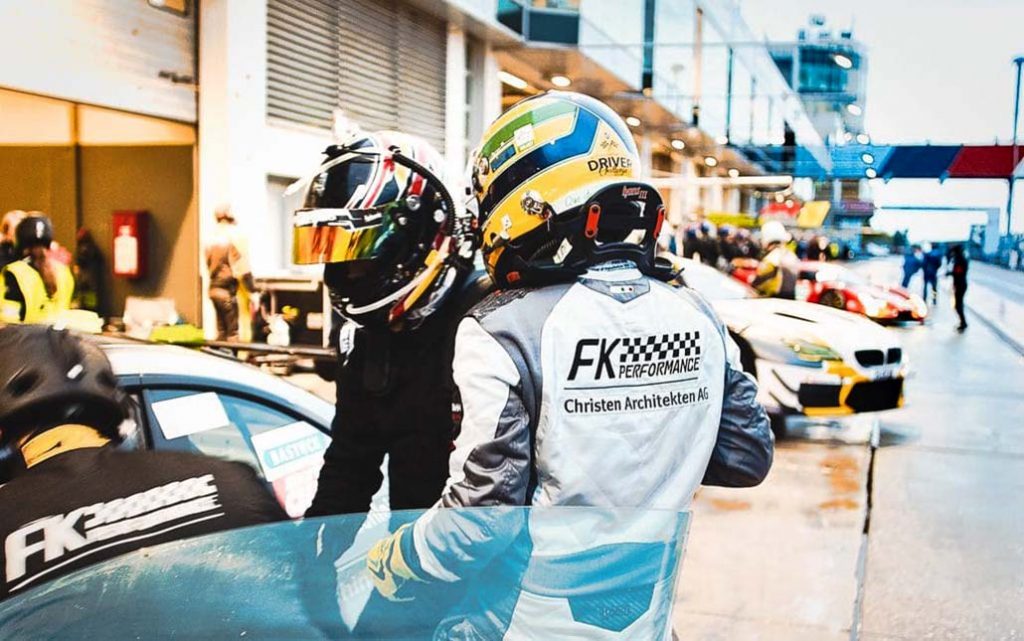 The special “Le Mans-style start” lasted until 1970. The drivers were lined up on the left of the track, one behind the other, opposite their cars which were parked on the right. When the French flag was lowered, they ran to their cars, started their engines, and set off around the track. For safety reasons, the starting procedure was eventually changed: now, after a formation lap, there is a rolling start.