It’s one of the most famous cars of all time, a 1960s icon that defined the decade and remains just as popular today, nearly 60 years after its arrival…but what is it that makes the E-type so special?

Often hailed as the most beautiful production road car of all time, the sublime Jaguar E-type Series 1 stirred passions in automotive aficionados the world over when launched at the Geneva Salon in 1961. Based on Jaguar’s racing D-Type, which had won Le Mans from 1955-57, the E–type was powered by a 3.8-liter version of the proven Jaguar XK engine, developing 265 brake horsepower and providing a top speed of close to 150 miles per hour. 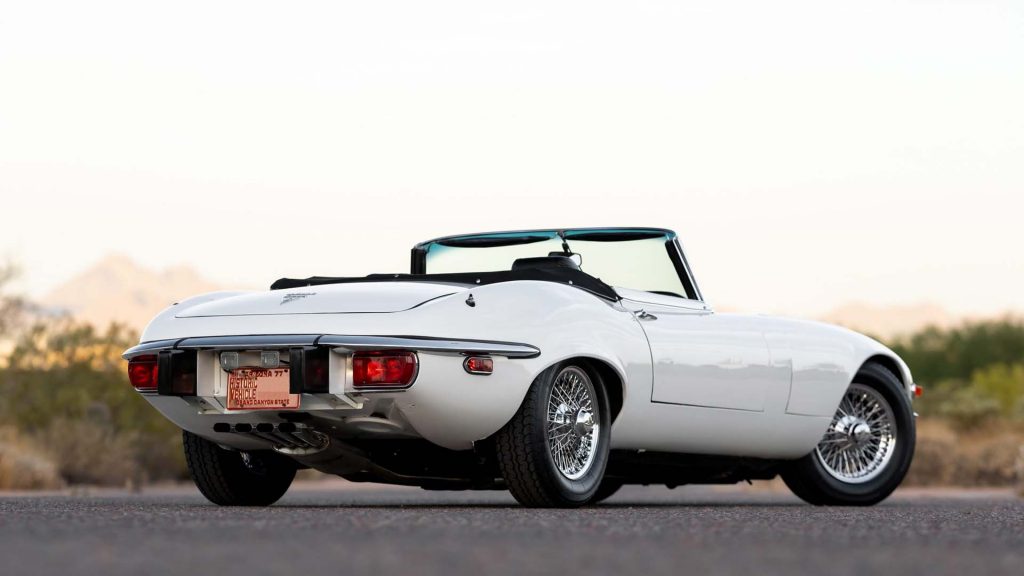 The monocoque chassis construction, using the engine itself as a structural part of the car within the front subframe, was also indebted to the racing D-type and resulted in a considerable weight benefit. With disc brakes fitted all around the car and the addition of a sophisticated independent front and rear suspension, the E-type was ahead of its time. Allegedly described by Enzo Ferrari as ‘the most beautiful car ever made, the E-type became an iconic symbol of the 1960s and was particularly successful in the American market.

The bullet-like shape and sleek design of this car make it one of the most imitated and influential cars in sports car design. Enzo Ferrari said the 1961 Jaguar E-Type was the most beautiful car of all time when he first saw it at the 1961 Geneva Motor Show. 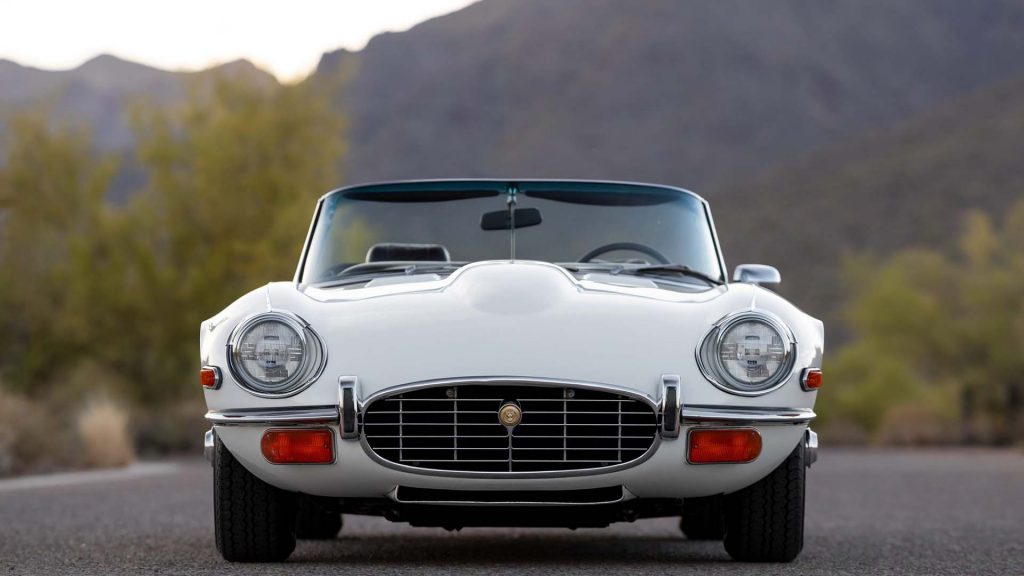 The Jaguar XK-E was a marvel of aerodynamic engineering, thanks to Malcolm Sayer (former aeronautics engineer. The Jaguar E-Type Coupe version is the most beautiful model amongst them all. The performance of the car is also exceptional, as it was designed for speed. The car also features an all-around independent suspension that provides drivers with a super smooth driving experience. Being a sports car, the Jaguar XK-E features a lightweight design. It was designed with racing in mind, and the lightweight allows drivers to attain great speed.

Series 1 1961-1968
The Jaguar E-Type Series 1 was introduced in 1961, and it was initially for export only. However, they launched the option for the domestic market four months later. At its launch, it was using the triple SU carbureted 3.8L Inline-6 engine. The earlier models had a flat design, and they came with external bonnet latches that you need a tool to open.

Jaguar later increased the engine from 3.8L Inline-6 to 4.8L Inline-6 in October 1964. The 4.8L Inline-6 engine was as powerful as the 3.8-liter engine. The speed was also the same, while the torque increased by about 10 percent.

Series 2 1968-1971
The Jaguar Series 2 came with many changes and improvements to Series 1. One of the most notable changes in the Series 2 is the absence of glass headlight covers. Other distinctive changes of this series are its larger front indicators, rear bumper, and the repositioning of the tail light below the bumpers.

The Jaguar Series 2 also came with an enlarged grille and dual electric fans for enhanced cooling. This model came with the 4.2L Inline-6 engine, which delivers exceptional performance and power. The torque was reduced from 283 to 263 and the horsepower from 265 to 246.
Series 3 1971-1974

Series 3 1971-1974
Jaguar introduced Series 3 in 1971. This model came with a new, more powerful engine – a 5.3L V12. It came with other distinctive features such as a standard power steering and uprated brakes. Air conditioning, wire wheels, and automatic transmission were available but optional.
The 5.3L V12 engine came with four Zenith carburetors that produced more torque and 272 hp. The Series 3 only comes in a convertible form and 2+2 coupe. This model comes with a large cross-slatted front grille that makes it easily identifiable. It also has four exhaust tips, wider tires, and flared wheel arches.

Specs
When the Jaguar E-Type was launched back in 1961, many people were amazed by the Jaguar E-Type specs, design, and performance. The car attracted the attention of many all over the world, thanks to its impressive handling, groundbreaking performance, and sleek bodywork. 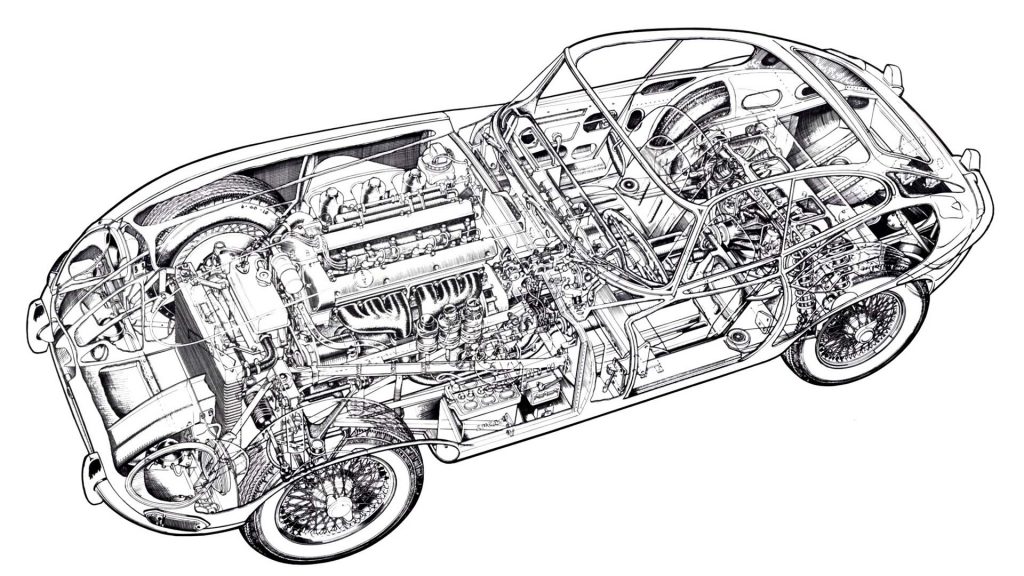 Under the Hood
The Jaguar E-Type engine delivers impressive performance. This car has three models, and they all come with different variations of engines. The Jaguar E-Type Series 1 has a 3.8L Inline-engine, which was later upgraded to a 4.2 Inline-6 engine. The Series 1 has a 6-cylinder 3781cc DOHC engine with a power rating of 265 bhp @ 5500 RPM. The torque of the Series 1 is 260lb-ft. @ 4000 RPM, and it comes with a 4-speed manual gearbox. 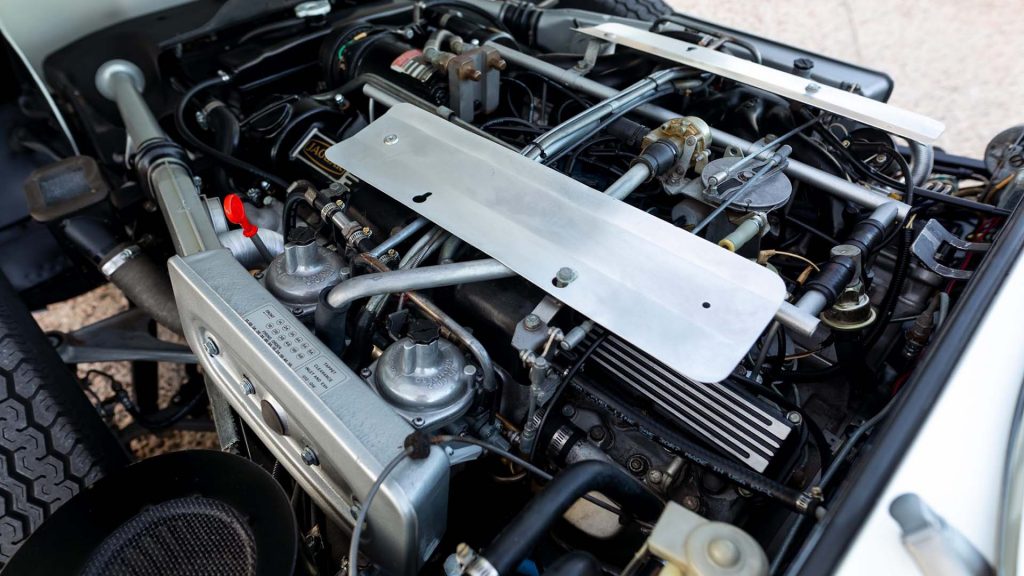 Iconic Features
From the beginning, the Jaguar E-Type has always stood out because of its elegant design. It features a long curved front bonnet, which takes up about 40 percent of the entire body of the car. The aerodynamic length and curved front of this car give sit a futuristic design. This car also features a lightweight design, as it was designed with racing in mind. Jaguar also introduced the lightweight E-Type back in 2014 – it is the resurrected version of the Jaguar E-Type series.
Other standout features of this car include E-Type 15 × 6K wire or solid wheels, elegant design, unique suspension, advanced braking system & wheels, unique interior, and more. The Jaguar E-Type project car is the favorite of many celebrities back then. Some of the celebrities that owned this car include Roy Orbison, Frank Sinatra, Brigitte Bardot, George Best, and more. 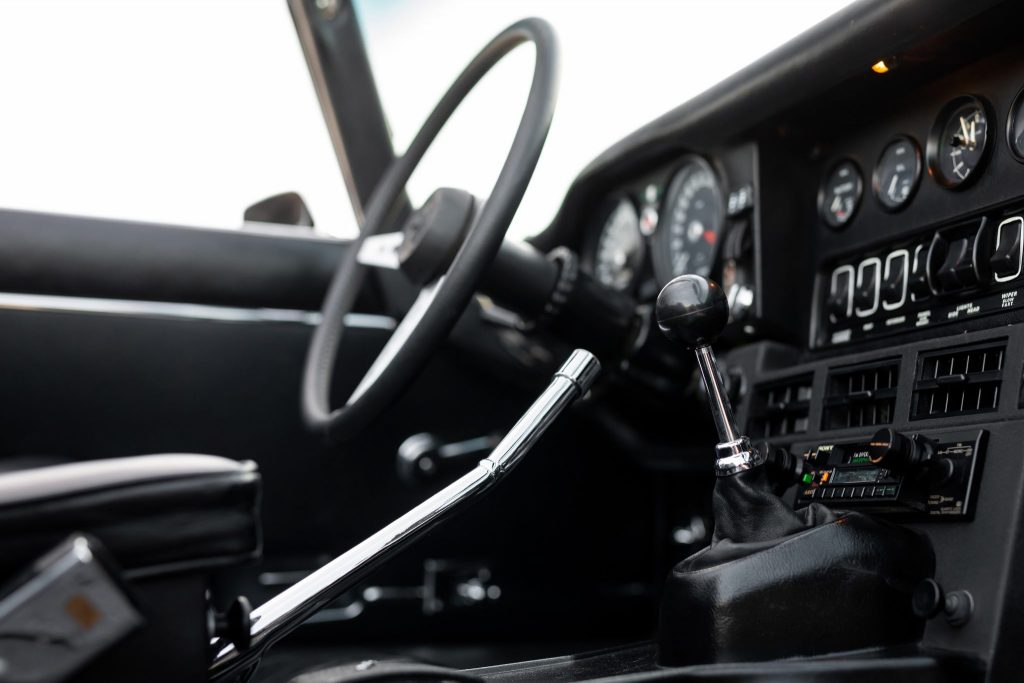 Motorsport
The Jaguar E-Type was very successful in SCCA Production sports car racing with Group 44 and Bob Tullius taking the B-Production championship with a Series-3 V12 racer in 1975.[62] A few years later, Gran-Turismo Jaguar from Cleveland Ohio campaigned a 4.2-liter six-cylinder FHC racer in the SCCA production series, and in 1980 won the National Championship in the SCCA C-Production Class, defeating a fully funded factory Nissan Z-car team with Paul Newman.

In Summary
The Jaguar E-Type was a success, thanks to Malcolm Sayer. Malcolm Sayer, who had a background in aeronautical and aerodynamic design, designed the Jaguar E-Type. It was one of the best sports cars in the early 60s and beyond. This car stood out for many reasons, including its design, beauty, performance, and more. 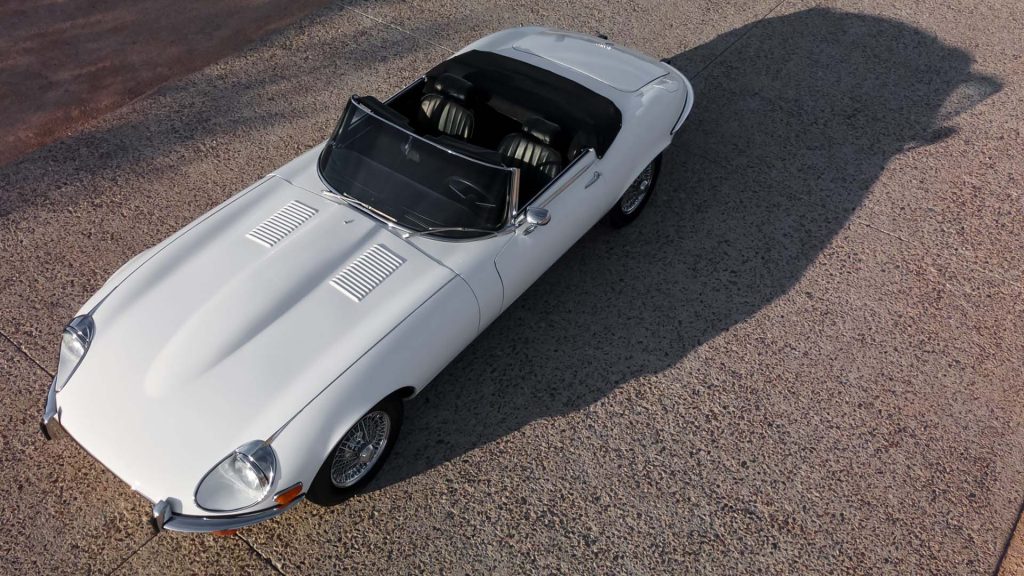