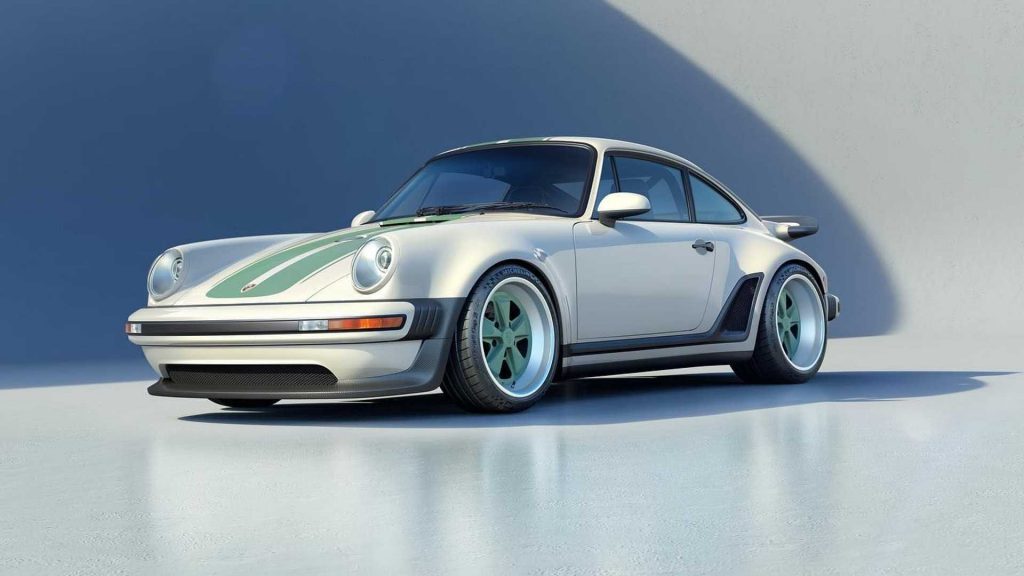 Singer Vehicle Design is showing off the latest evolution of its Turbo Study program. Rather than having exterior styling cues from the first-gen Porsche 911, these models blend design elements from the 930 and 964-generation of the 911 Turbo.

As its name implies, this Singer has a twin-turbocharged 3.8-liter air-cooled flat-six with an air-to-water intercooler. The mill makes 510 horsepower (380 kilowatts), which is an upgrade from the 450 hp (330 kW) in the previous Turbo Study. Singer’s earlier models used naturally aspirated powerplants, including the DLS mill that Williams Advanced Engineering builds. Singer recently signed an agreement with Porsche for the automaker to supply the engines to some of the boutique builder’s vehicles. The powerplants will be to Singer’s specifications.

Singer said the customer of the previous Turbo Study specified it for grand touring, with elements like power-adjustable, heated seats. In contrast, this buyer wanted an emphasis on performance. The power runs through a six-speed manual gearbox. The car has a sports suspension with a lowered ride height. The brakes are carbon-ceramic.

This car has a Turbo Racing White  body with a light green dual stripe that runs over the center of the body. The minty color also appears on the center sections of the Fuchs-inspired wheels. The front splitter, shark-fin intake, and rear spoiler have an exposed carbon-fiber finish. There are no bumperettes at the rear for a cleaner look. 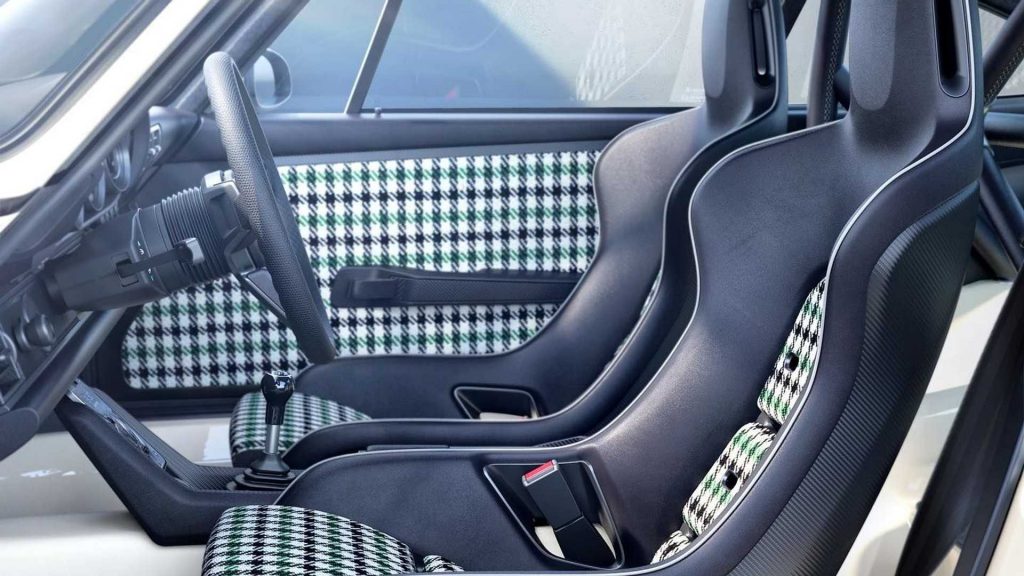 This Singer’s interior has houndstooth cloth with green and black elements over a white background. There are a pair of lightweight carbon fiber seats with leather-trimmed bolsters. A cross-brace takes up the space usually for the rear seats.

When Singer debuted the original Turbo Study model, the company said that it already had more than 70 reservations for them. They are available in rear- or all-wheel-drive configurations, depending on the customer’s preferences.

Singer will bring a Turbo Study to the Goodwood Festival of Speed that will run from June 23 to 26. It’s not clear whether the company is displaying a new example of the model or one of the two previous debuts. 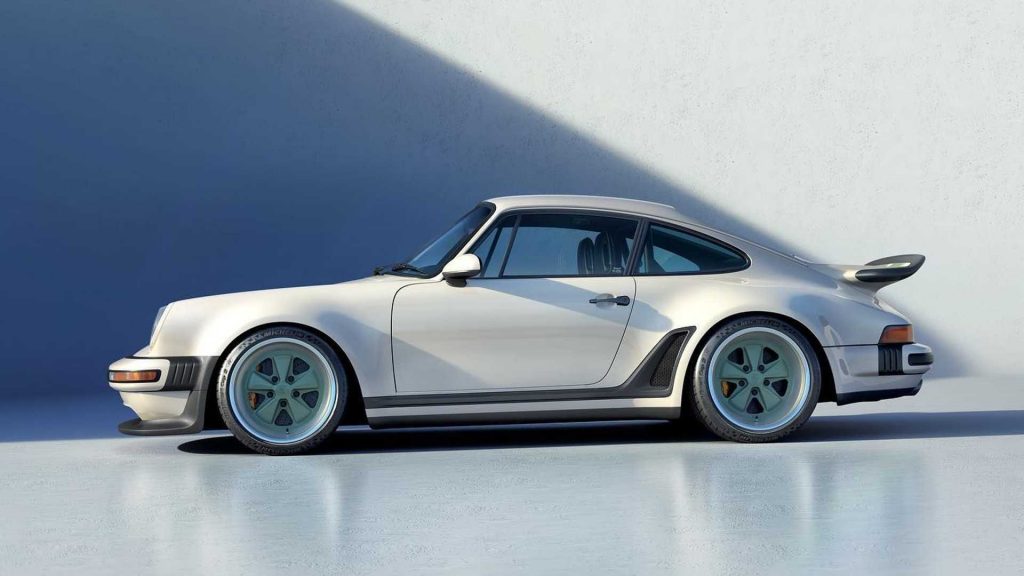