Have you ever wondered why the British drive on the left? Not surprisingly, there is a historical reason for this; and it’s all to do with keeping your sword hand free…

In the Middle Ages, you never knew who you were going to meet when traveling on horseback. Most people are right-handed, so if a stranger passed by on the right of you, your right hand would be free to use your sword if required. (Similarly, medieval castle staircases spiral in a clockwise direction going upwards, so the defending soldiers would be able to stab down around the twist but those attacking (going up the stairs) would not.) 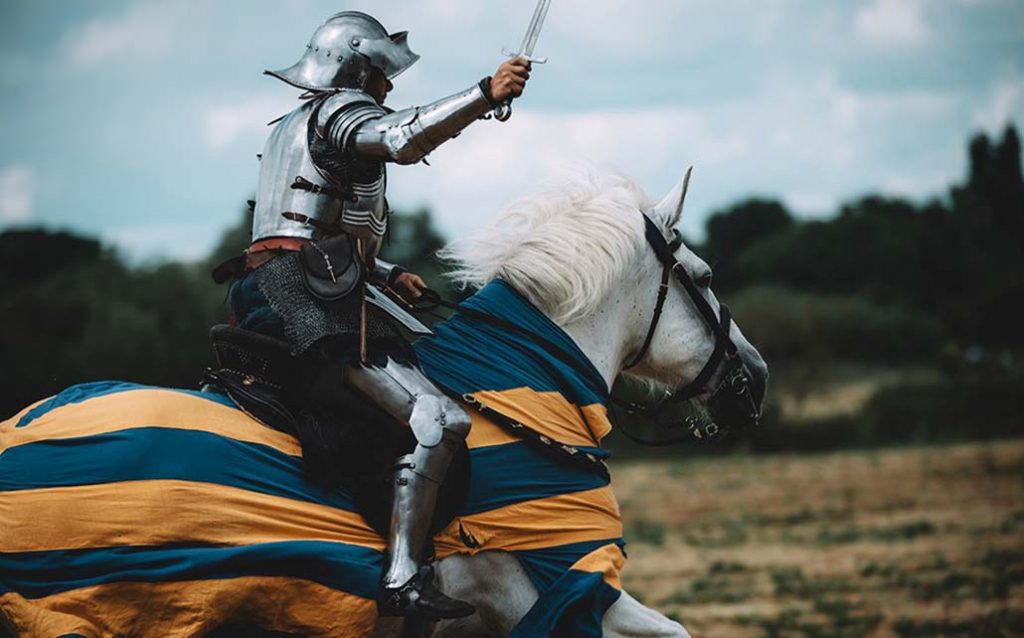 Indeed the ‘keep to the left’ rule goes back even further in time; archaeologists have discovered evidence suggesting that the Romans drove carts and wagons on the left, and it is known that Roman soldiers always marched on the left. This ‘rule of the road’ was officially sanctioned in 1300 AD when Pope Boniface VIII declared that all pilgrims traveling to Rome should keep to the left. 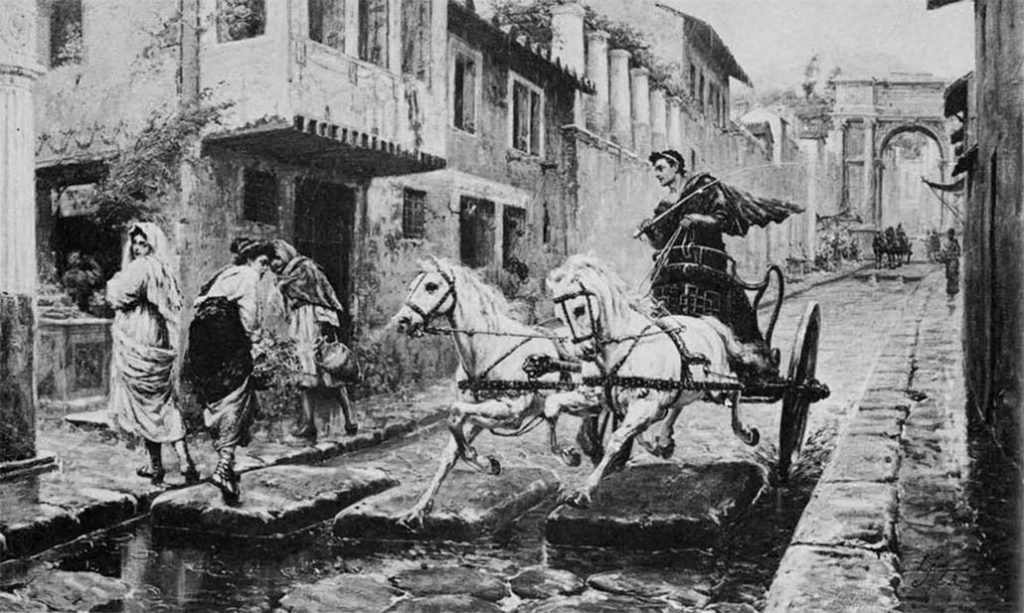 This continued until the late 1700s when large wagons became popular for transporting goods. These wagons were drawn by several pairs of horses and had no driver’s seat. Instead, in order to control the horses, the driver sat on the horse at the back left, thus keeping his whip hand free. Sitting on the left however made it difficult to judge the traffic coming the other way, as anyone who has driven a left-hand drive car along the winding lanes of Britain will agree!

These huge wagons were best suited to the wide-open spaces and large distances of Canada and the US, and the first keep-to-the-right law was passed in Pennsylvania in 1792, with many Canadian and US states following suit later.

In France, a decree of 1792 ordered traffic to keep to the “common” right and Napoleon later enforced the rule in all French territories.

In Britain, there wasn’t much call for these massive wagons and the smaller British vehicles had seats for the driver to sit on behind the horses. As most people are right-handed, the driver would sit to the right of the seat so his whip hand was free.

Traffic congestion in 18th century London led to a law being passed to make all traffic on London Bridge keep to the left in order to reduce collisions. This rule was incorporated into the Highway Act of 1835 and was adopted throughout the British Empire. 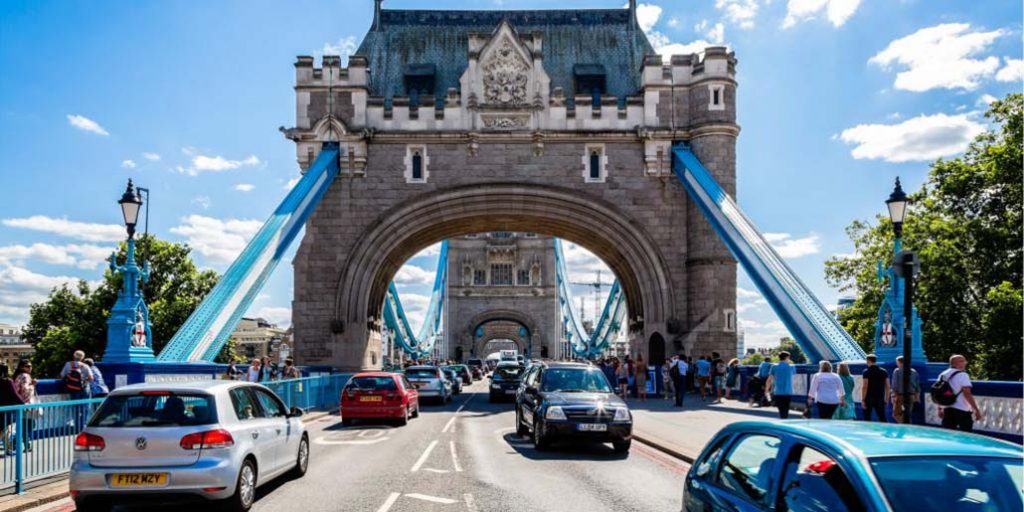 There was a movement in the 20th century towards the harmonization of road laws in Europe and a gradual shift began from driving on the left to the right. The last Europeans to change from left to right were the Swedes who bravely made the change overnight on Dagen H (H Day), September 3rd, 1967. At 4.50 am all traffic in Sweden stopped for ten minutes before restarting, this time driving on the right.

Today, only 35% of countries drive on the left. These include India, Indonesia, Ireland, Malta, Cyprus, Japan, New Zealand, Australia, and most recently, Samoa in 2009. Most of these countries are islands but where land borders require a change from left to right, this is usually accomplished using traffic lights, cross-over bridges, one-way systems, or similar. 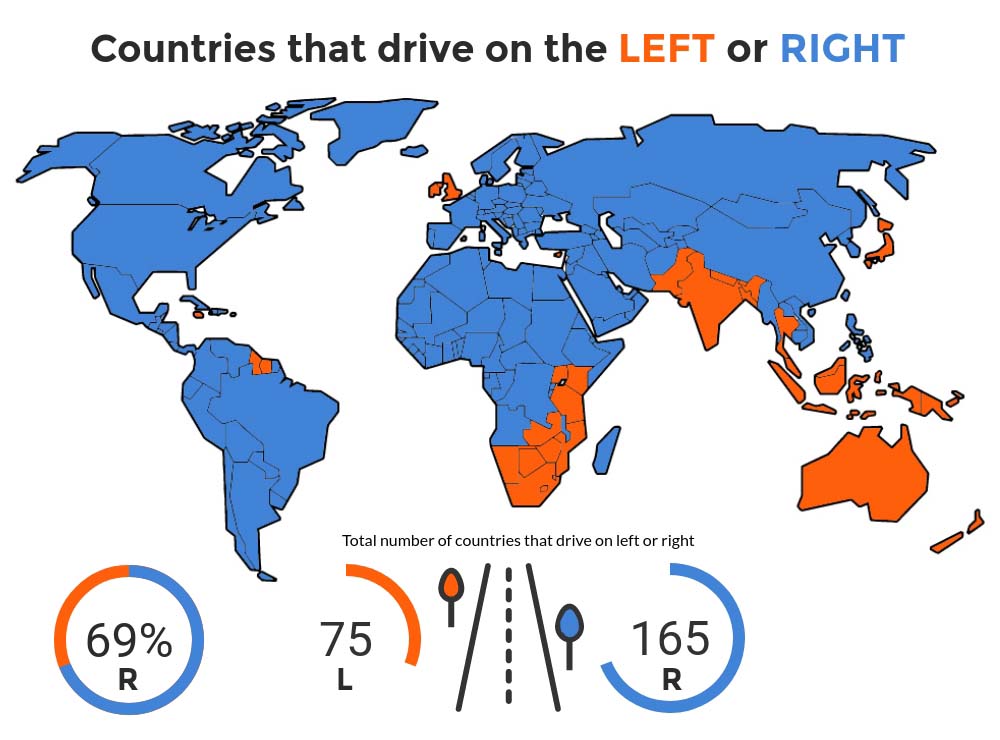