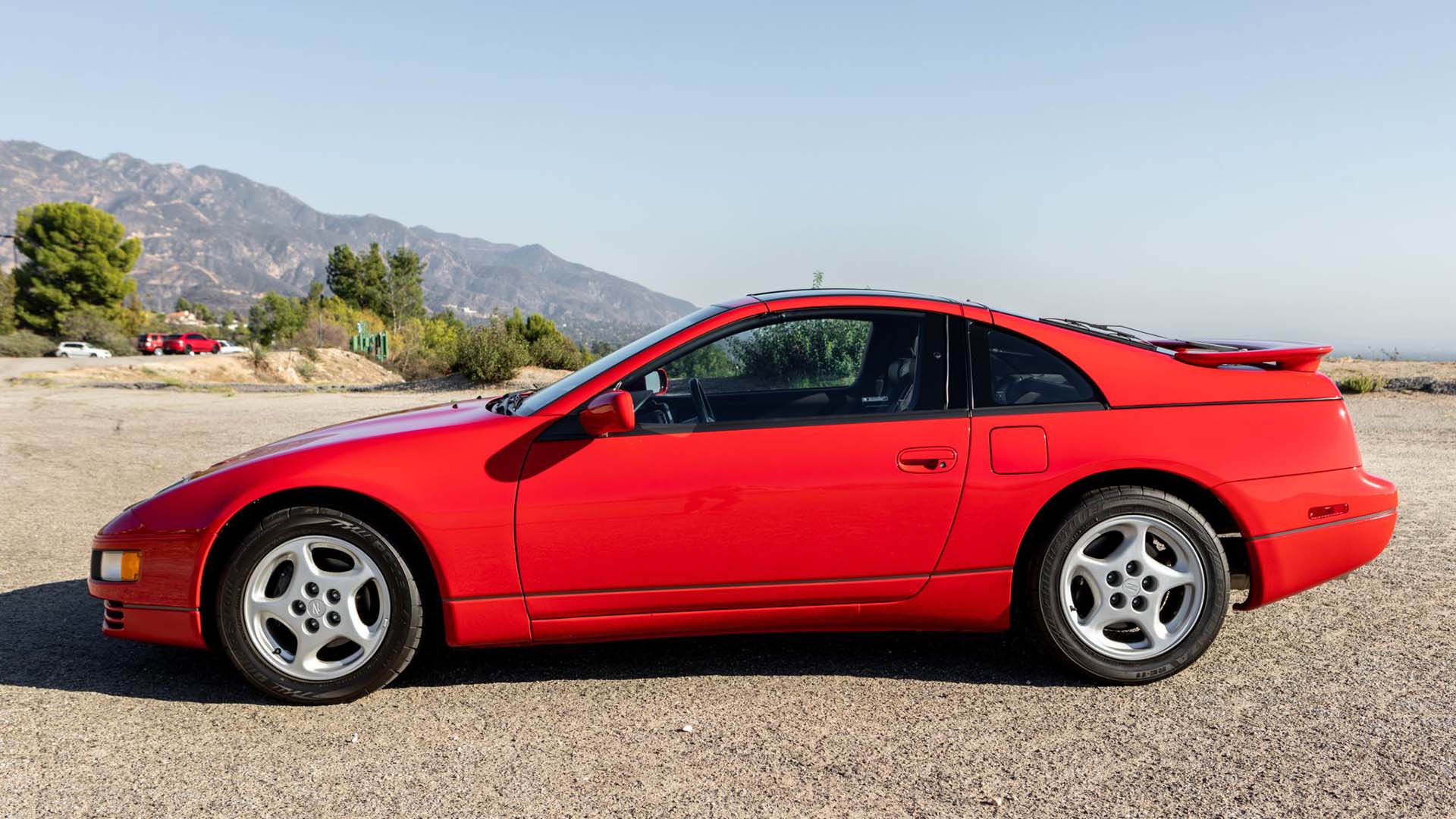 It is no secret that a 90’s nostalgia-fueled wave of collector optimism, fueled by the Xenial coming of middle age has created a lucrative new niche for serious car collectors, but this 1994 Nissan 300ZX’s auction end was nothing short of mind-boggling. The five-speed manual twin-turbo T-top Z32 sold Monday for $135,000 on Bring a Trailer. That’s almost double the previous “most expensive: 300ZX on the site, ostensibly making this the priciest twin-turbo 300ZX ever sold at auction. 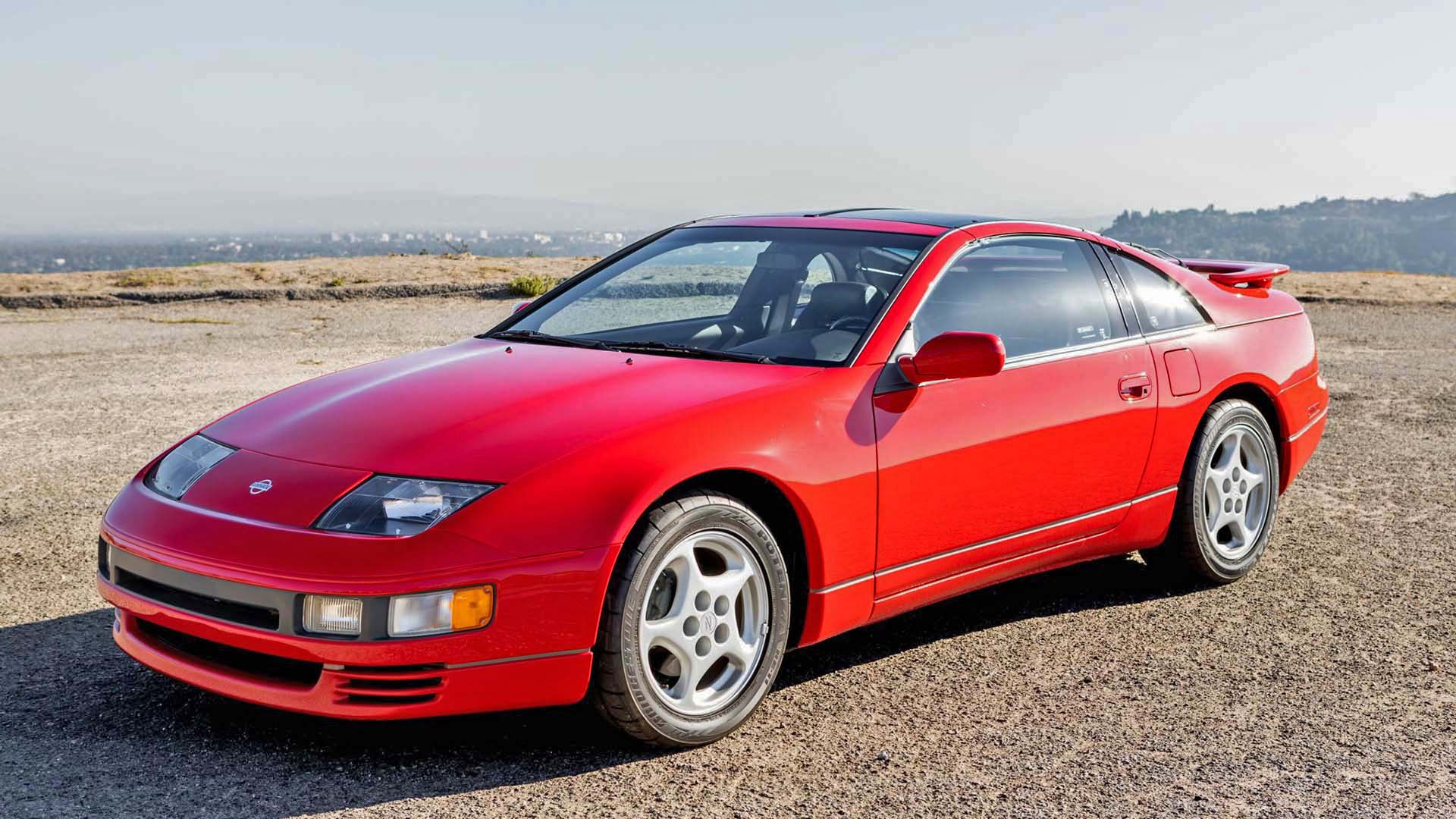 Looking back, the Z32 Z-car represents the pinnacle of Nissan’s halo cars offered in the cash-and-tech-flush bubble economy. This one is, an exceptionally clean, and well-documented, 22,000-mile example that reminds us just what a 300hp Japanese road warrior should look like. Devoid of unnecessary updates, period correct this twin-turbo boasts the often removed HICAS four-wheel-steering, a perfectly vintage factory Bose head unit, heated mirrors, and extensively meticulous service records chronicling a well maintained 28-year lifetime. 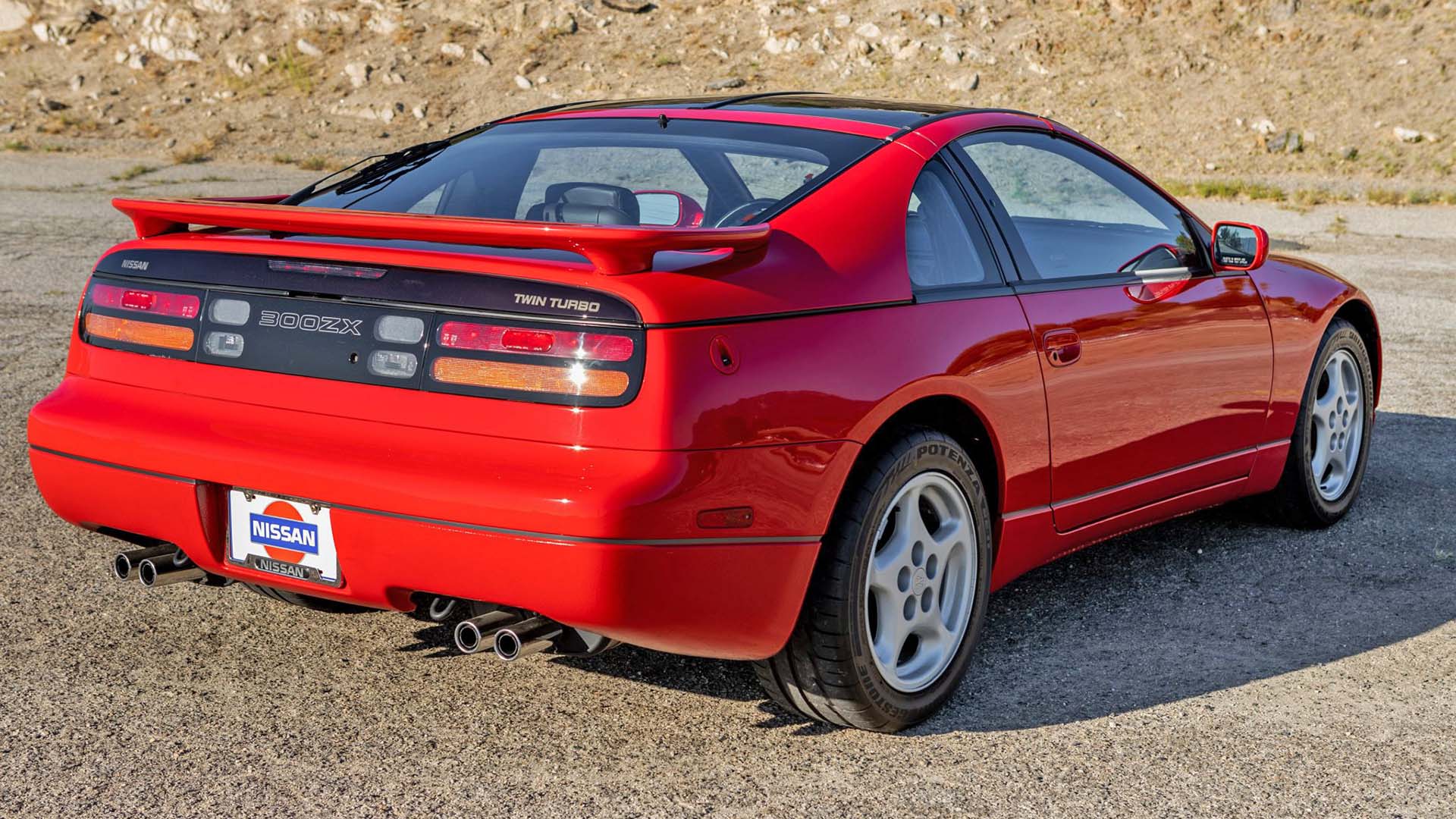 What makes this sale so exceptional, however, is that it went for one hundred and thirty-five thousand dollars! The most expensive 300ZX we are aware of, previously which was an extremely rare variant, the numbered-300-of-300 30th anniversary special edition twin-turbo, sold in 2017 for $90,100 on eBay. A unicorn by all accounts, that car, boasted a mere 528 miles on its odometer… 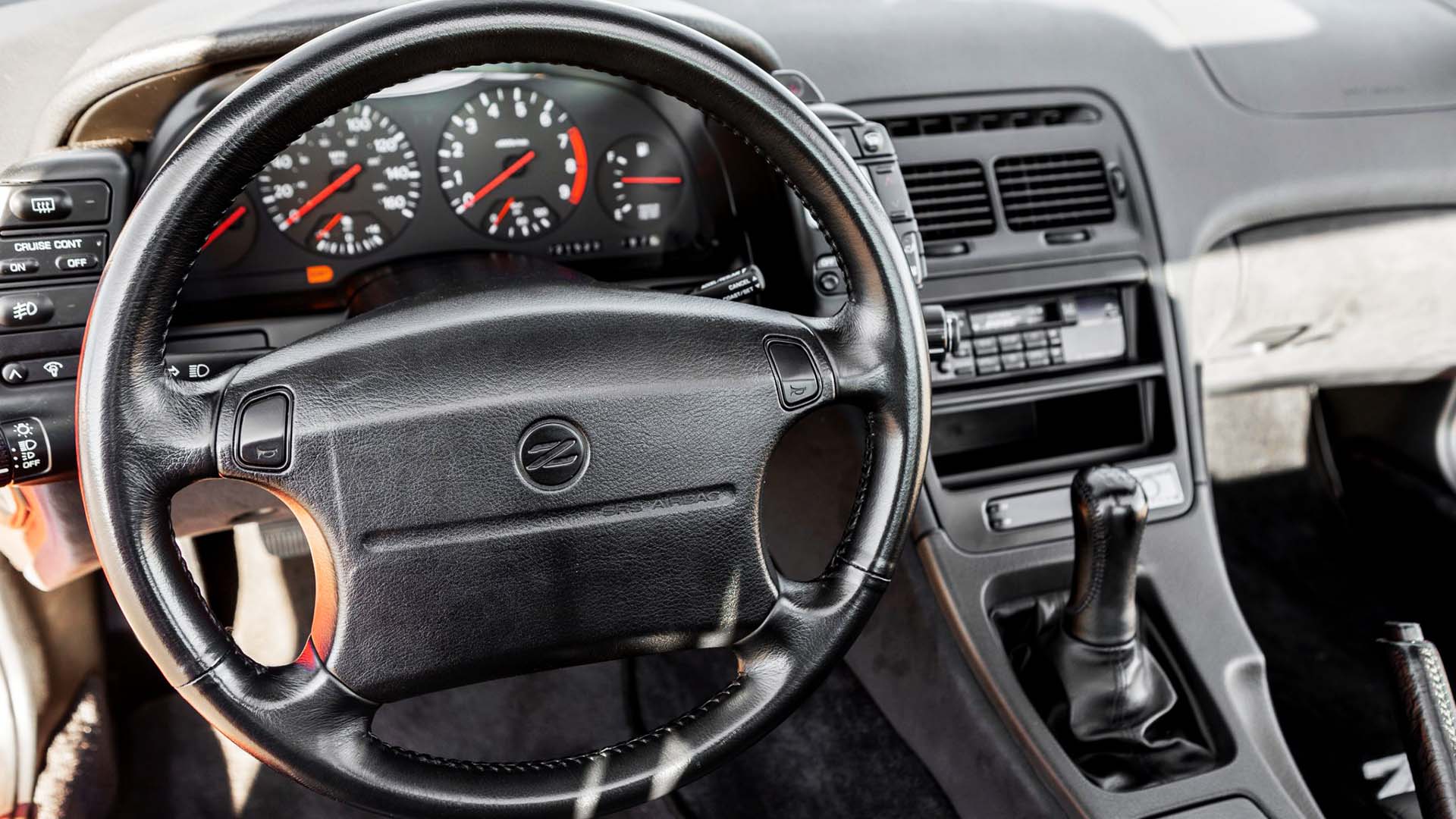 More recently, a silver 1990 twin-turbo with 2,566 miles on the odometer sold at an RM Sotheby’s auction at the Amelia Island Concours in 2020 for an impressive but not mind-blowing $61,600. In fact, the entirety of Bring a Trailer’s auction history for the model shows that no example has ever previously cracked the $75,000 mark (the highest price previously paid on the auction site was $72,500 in March of this year for a heavily-modified, 730-wheel-horsepower twin-turbo example). Perhaps most interestingly, there appears to be no specific reason for today’s auction to have broken the record other than a persistent bidding war and an incredibly motivated winner. 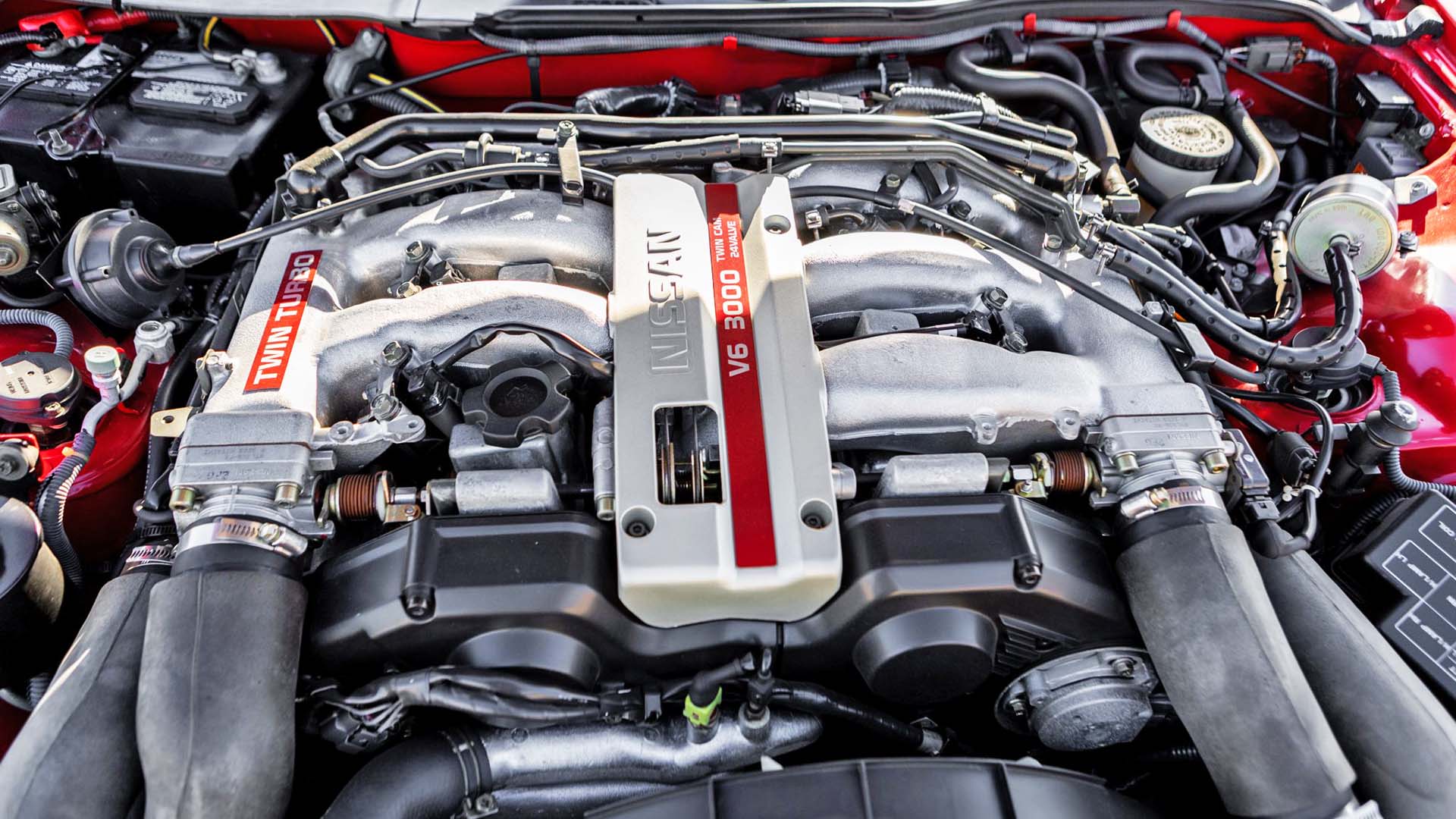 As a Z32 owner myself, (I’ve owned my ’91, 23 years) and on behalf of all the other Z32 owners and enthusiasts past and present, long live the 300ZX! It is good to see this 90’s performance and styling icon, the Twin-Turbo daydream fuel for so many fellow 90’s kids getting credit, and perhaps more importantly the credibility it deserves. The Z has lived in the shadow of Supra for too long, credit where credit is due. It will be interesting to see how similar examples do at auction in the coming months, as many investors hedge bets against a faltering economy and bid big money for collectible autos.