In the late 1970s, Italian automobile manufacturer Lamborghini entered into an agreement with BMW to build a production racing car in sufficient quantity for homologation, but conflicts arose that prompted BMW to produce the car themselves as the motorsport division of BMW headed by Jochen Neerpasch had been wanting to compete in motorsports using a car developed for competition racing in order to compete with arch-rival Porsche in Group-5 racing, thus the development of the M1 was initiated. Neerpasch, who was head of the development program stressed that the car was to be strictly mid-engine in order to outclass its competitors. As BMW wasn’t able to build 400 road-going examples of the car in the required time period as stipulated by the rules, the company partnered with Lamborghini to work out the details of the car’s chassis, assemble prototypes and manufacture the vehicles. The tubular steel space frame chassis was the work of Gianpaolo Dallara but soon Lamborghini’s financial position and the possibility of the car’s production by the Italian manufacturer became bleak and BMW reassumed control over the project in April 1978, after seven prototypes were built. The delay in production and the changes in Group 5 rules forced the company to compete in Group 4 racing with the car. 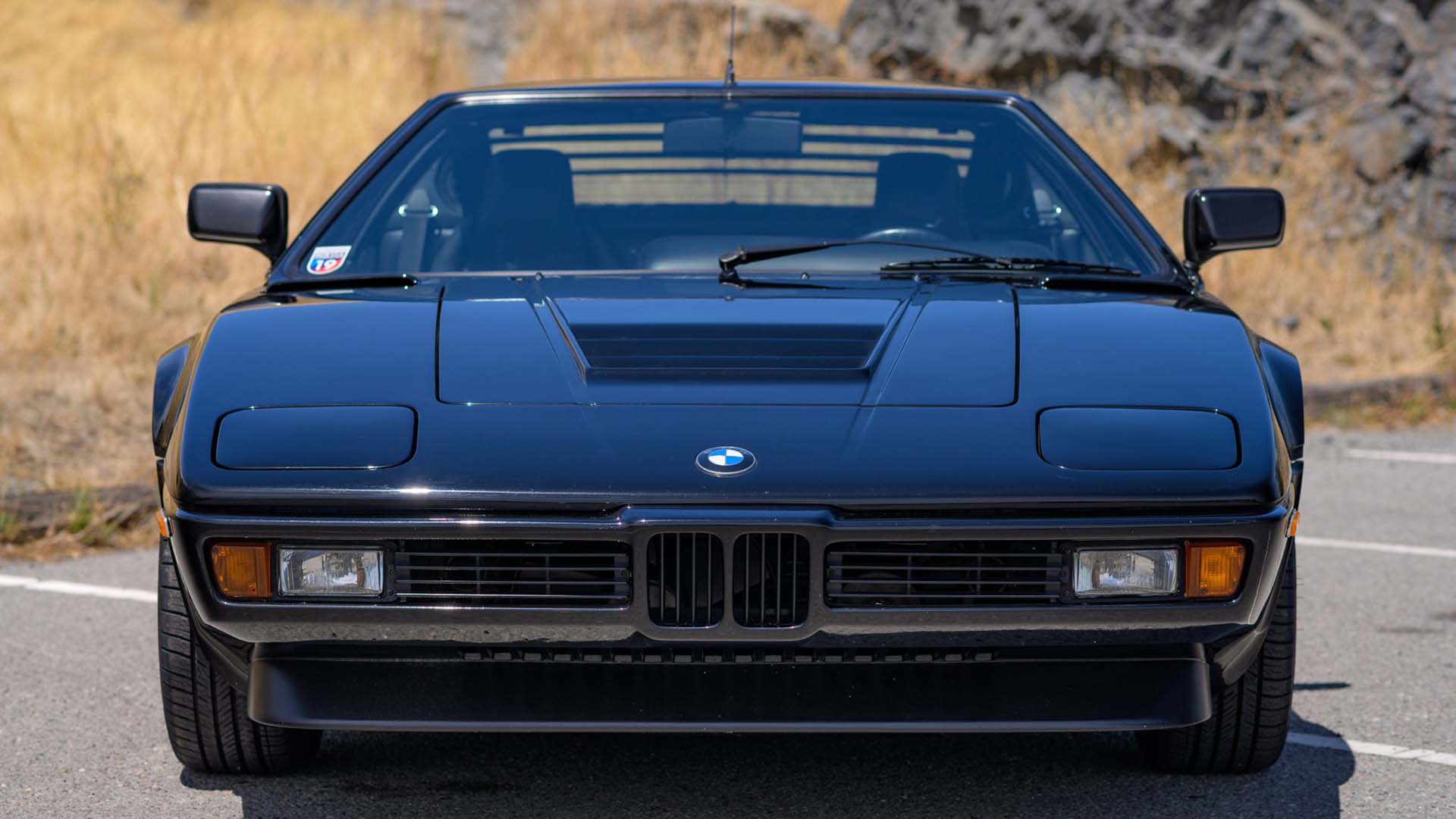 The M1 coupé was hand-built between 1978 and 1981 under the motorsport division of BMW as a homologation special for sports car racing. The fiberglass body was designed by Giorgetto Giugiaro, taking inspiration from the 1972 BMW Turbo concept car. Since the engineering of the car was still incomplete, a group of former Lamborghini engineers founded a company named Italengineering which offered to complete the car’s design. Less than 10 miles away from the Lamborghini shop, the engineering for the M1 was finished. 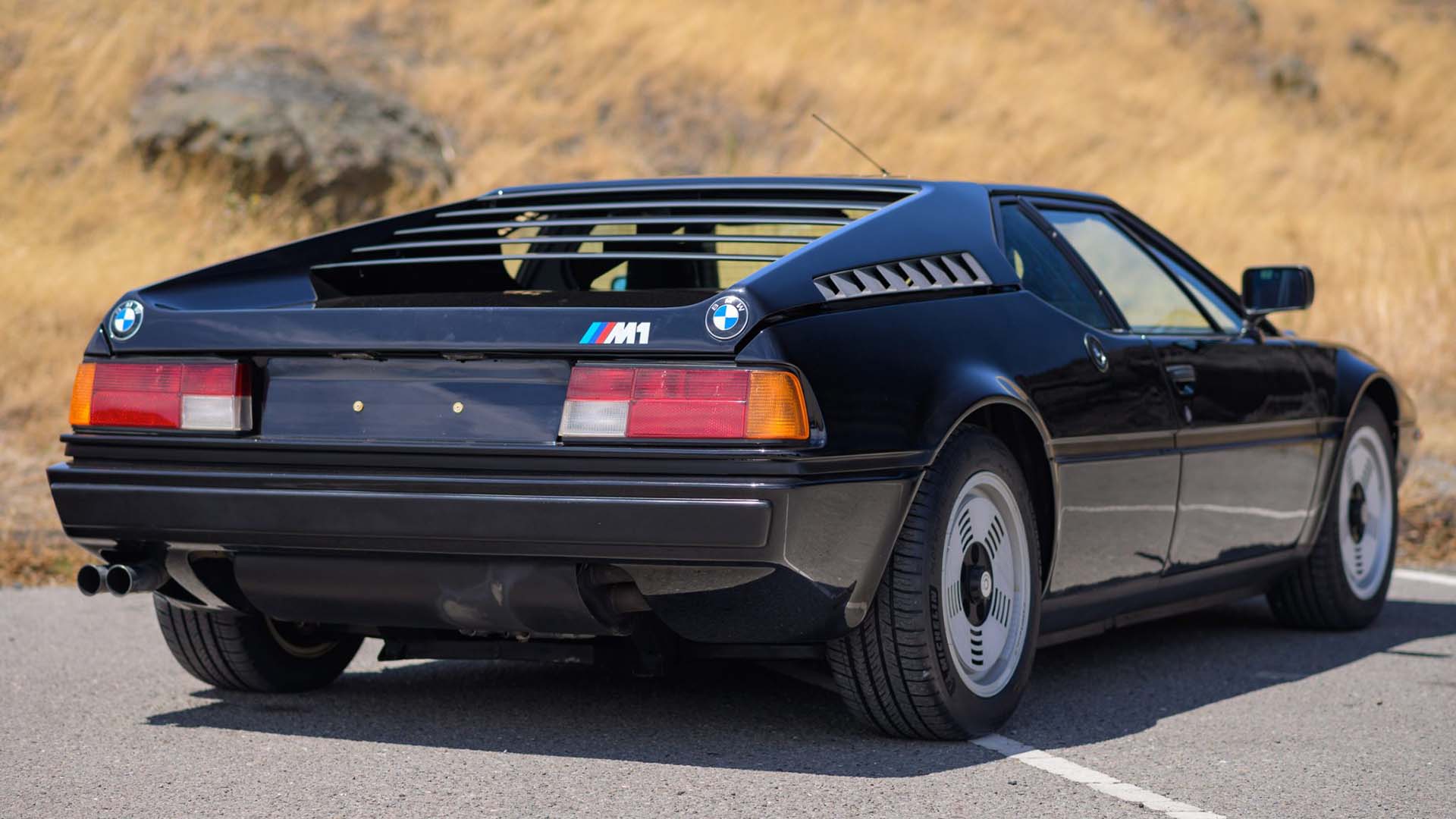 The BMW M1 is the first car to be solely developed by BMW “M” and employed a 3.5-liter M88/1 six-cylinder engine with Kugelfischer-Bosch mechanical fuel injection and Magneti-Marelli ignition system. The engine was developed by Paul Rosche, who was also responsible for the S14 inline-4 engine and the S70/2 V12 engine. A version of this engine was later used in the South African version of the 745i, of which 209 examples were built between 1984 and 1986, as well as the E24 M6/M635CSi and E28 M5. The engine has six separate throttle bodies, twin cams, and 4 valves per cylinder, and generates a power output of 273 hp at 6,500rpm and 243 lb-ft of torque at 5,000 rpm in the road version, giving the car a top speed of 165 mph. The engine was mated to a 5-speed manual transmission made by ZF Friedrichshafen and equipped with a 40% locking limited-slip differential. 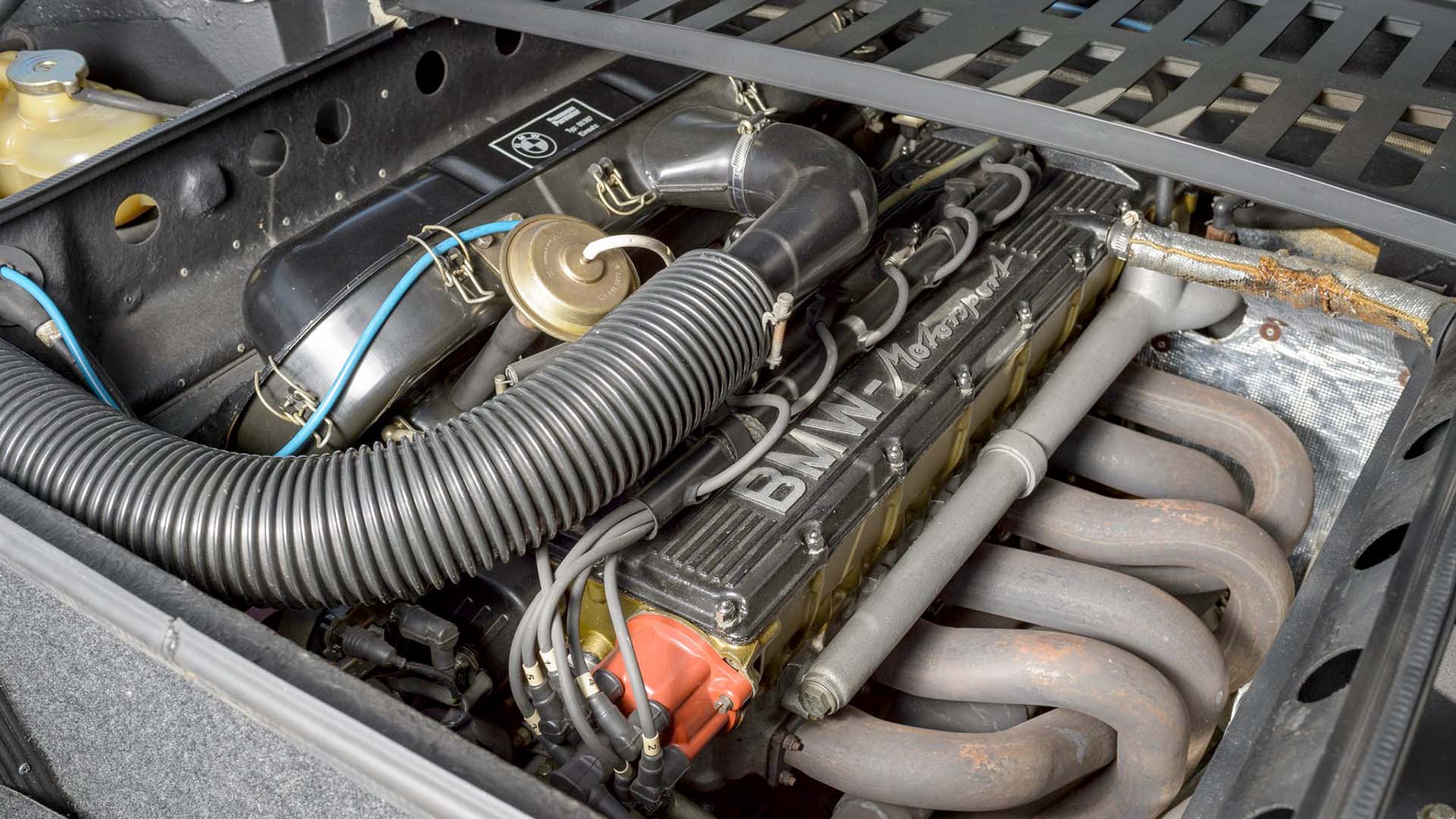 The M1 has a half-leather and half-cloth interior. Its motorsport roots meant that the car had a basic interior layout with many parts sourced from other BMW models. The interior had amenities such as air-conditioning, power windows, and a stereo but had unadjustable seats and only had a left-hand drive configuration. 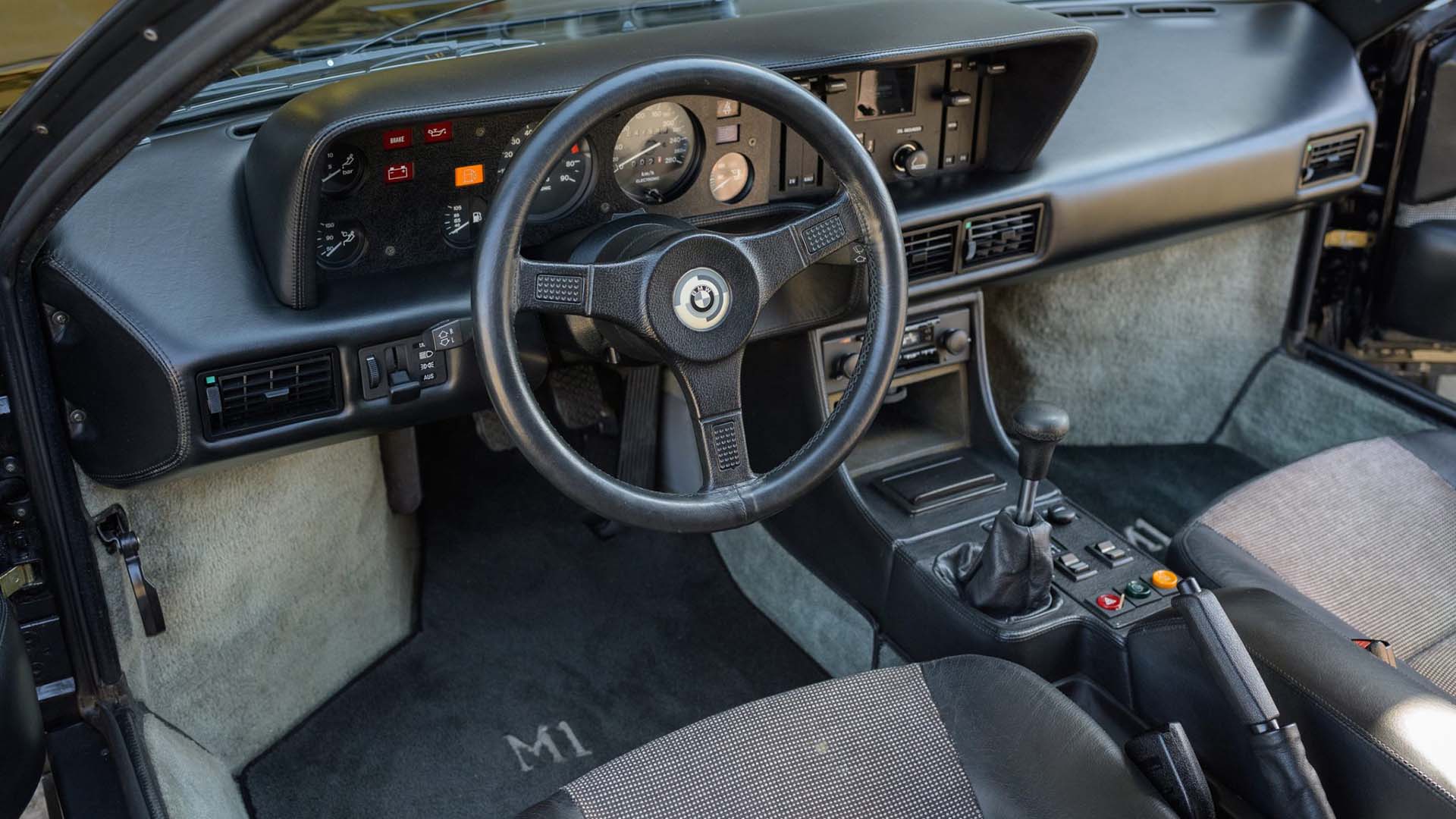 The partly finished cars were then delivered to German specialist manufacturer Baur where final assembly took place by hand. The hand-built M88/1 engines were supplied by BMW from Munich to be installed in the cars. The completed cars were shipped to BMW Motorsport in Munich for final inspection and delivery. Only 453 production cars were built, making it one of BMW’s rarest models. Out of the 453, 399 were road-going units while 53 were made for motorsport. 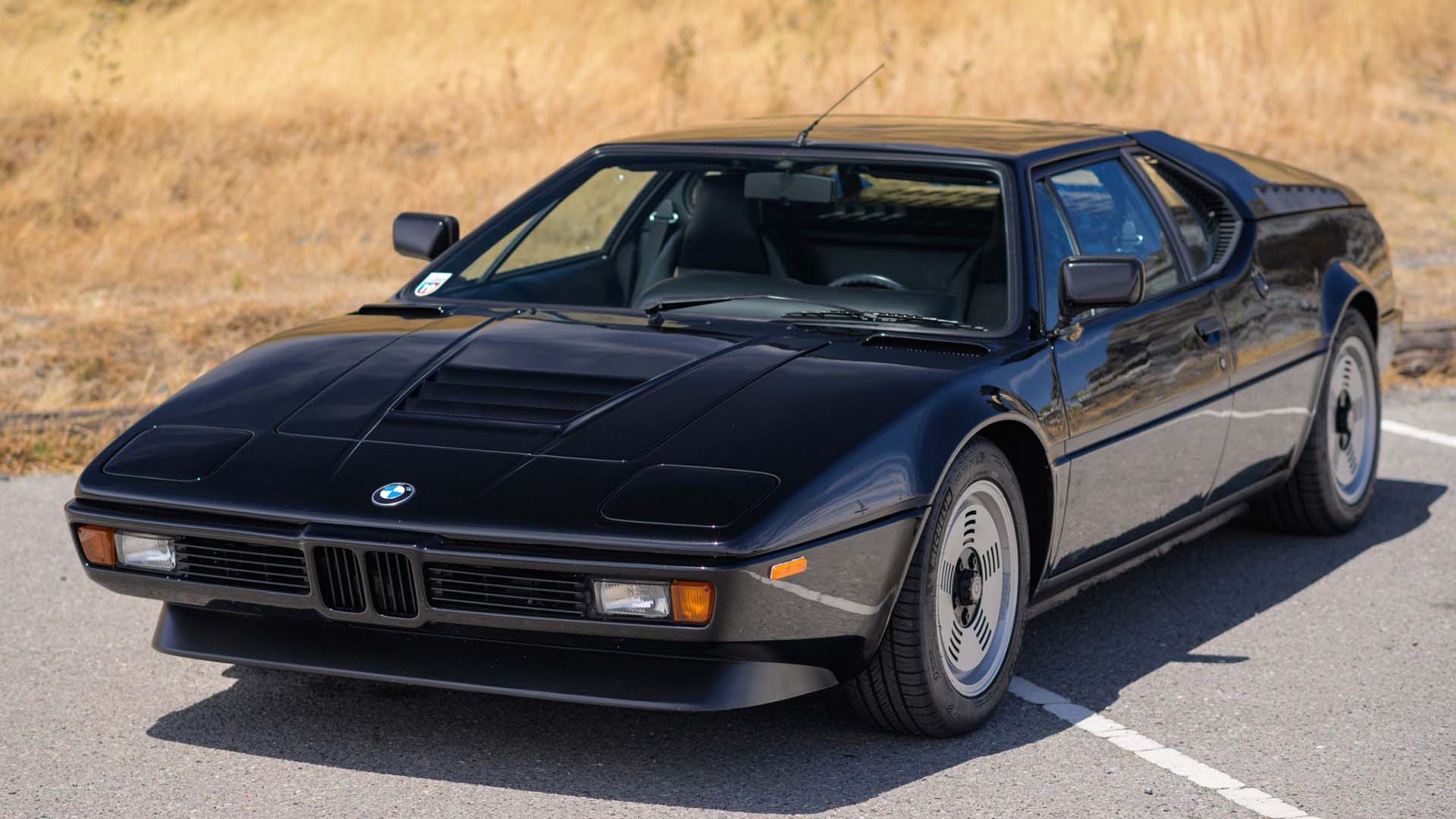 In 1979 the head of BMW Motorsport, Jochen Neerpasch, devised a one-make championship using racing modified M1s. The series was created to aid BMW in building enough cars to enter the group 4 classification in the World Championship for Makes. The new series, known as the “Procar BMW M1 Championship”, served as a support series for Formula One, and included many Formula One drivers in identical cars.

The series ran for two years, with Niki Lauda winning the 1979 season, and Nelson Piquet in the 1980 season. After BMW met the standards for group 4, the Procars were used by various teams in the world championship as well as other national series. 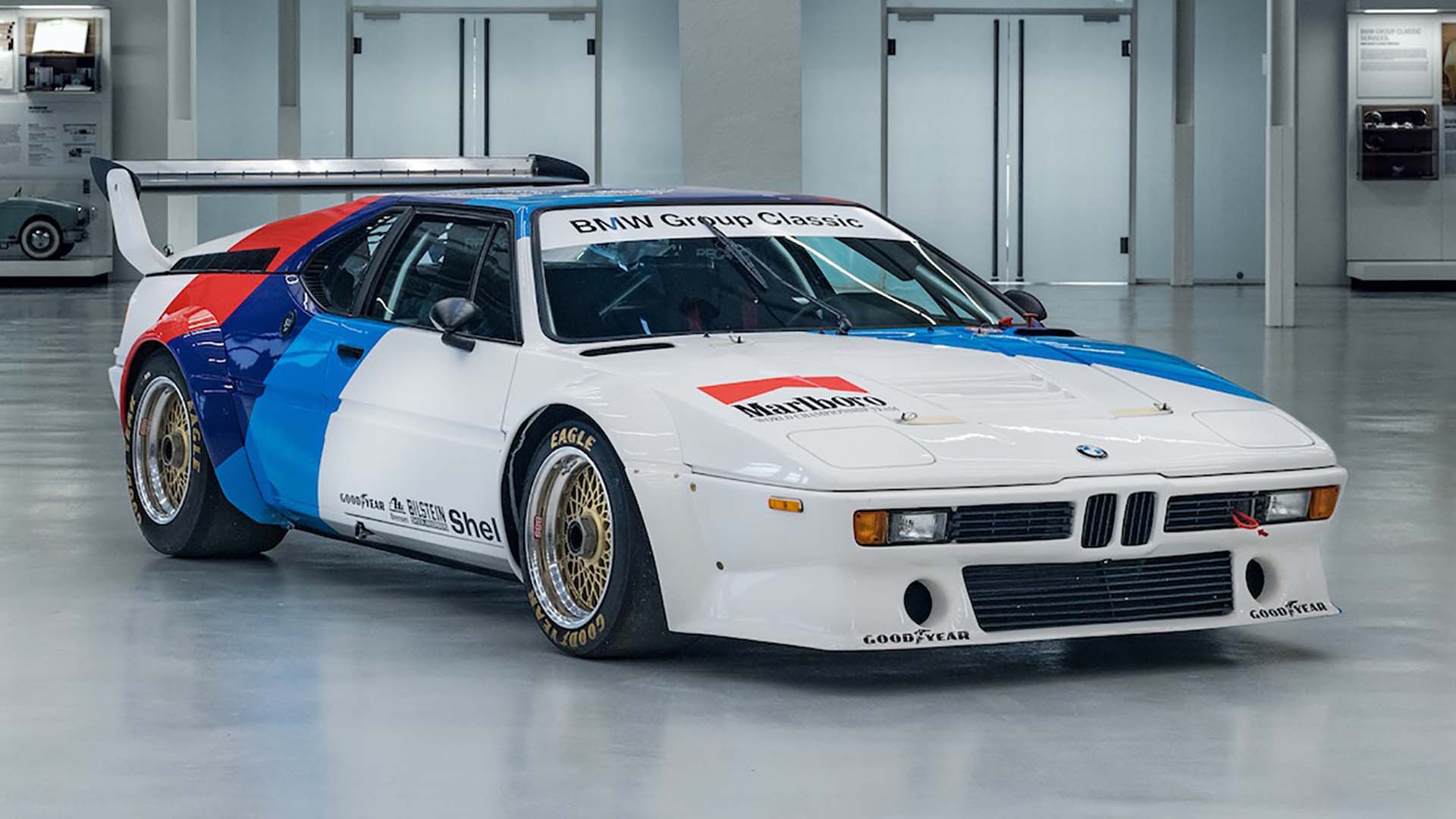 The M1 also campaigned at the 24 Hours of Le Mans from 1981 to 1986 where it proved competitive. The car was classified as a Group B car for Le Mans purposes, as Group B was also planned for GT class for road races, but was instead eclipsed by Group C prototypes.

An M1 Pro Car was also converted to Group B rally spec by BMW France for the 1982 season. The car campaigned for the 1983 season as well before the car was entered solely by the Motul privateer racing team for the 1984 season. The 1984 season proved to be the most successful for the M1 as former ERC champion Bernard Béguin won back-to-back at Rallye de La Baule and Rallye de Lorraine that season, and even claimed an outright ERC podium at Rally d’Antibes four months later. The car did not campaign further after 1984.