Buoyed by stronger than expected demand for its electric vehicles, Ford has set ambitious global production targets of 600,000 EVs annually by late 2023 and over two million by 2026. To put that into perspective, Tesla, the biggest EV manufacturer at present, built a record 936,000 EVs in 2021.

To make sure it has enough batteries to support the production of all those EVs, Ford on Thursday said it signed a number of deals with battery suppliers and suppliers of raw materials to go into Ford’s own battery production operations.

“Ford’s new electric vehicle lineup has generated huge enthusiasm and demand, and now we are putting the industrial system in place to scale quickly,” Jim Farley, Ford’s CEO and head of the automaker’s new Model E EV and software division, said in a statement.

Ford said it will need 60 gigawatt-hours of battery capacity for the 600,000 annual EV production target. Ford will mostly rely on suppliers for the batteries, including names like CATL, LG Energy Solution, and SK On.

Just four vehicles are expected to see Ford reach the 600,000 annual EV production target. They are the Mustang Mach-E, F-150 Lightning, various Transit commercial vans, and a crossover Ford is developing for Europe based on Volkswagen Group’s MEB platform. 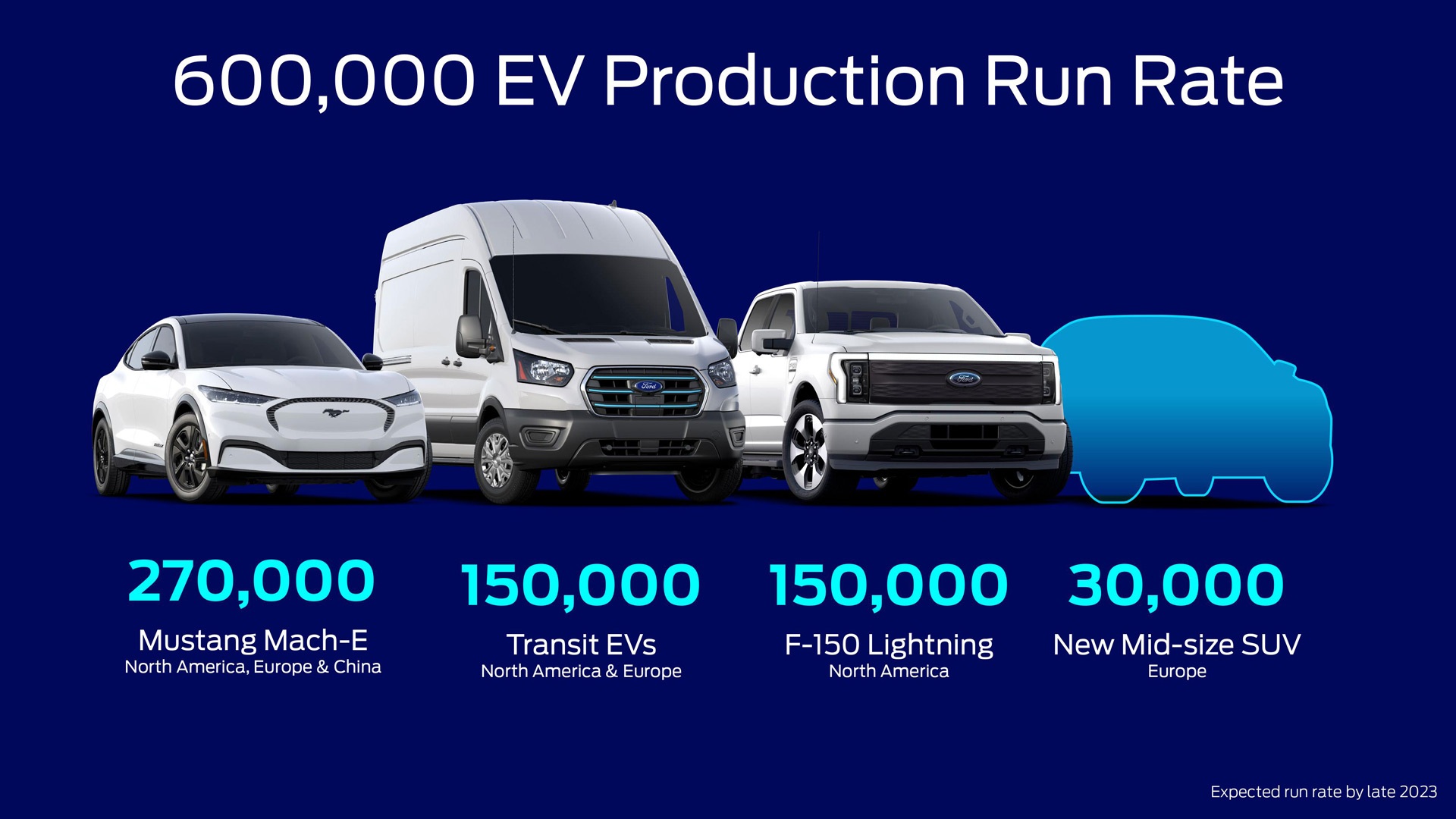 To reach the production target of over two million EVs, Ford will also rely on its own battery plants which the automaker is building with partners. Multiple plants are planned, including in the U.S. The first three, to be owned and operated by a joint venture between Ford and SK On, were confirmed last fall for sites in Kentucky and Tennessee.

Ford plans to invest over $50 billion in EVs through 2026 and sees the take-up rate for the vehicles increasing throughout the decade. The automaker predicts half its production will be EVs by 2030 and looking further out, the automaker has a goal of becoming carbon neutral no later than 2050.

Additional Ford EVs in the works include an electric Explorer and more electric F-Series pickup trucks. There will also be multiple electric Lincolns whose styling was previewed by the Lincoln Star concept shown last April.