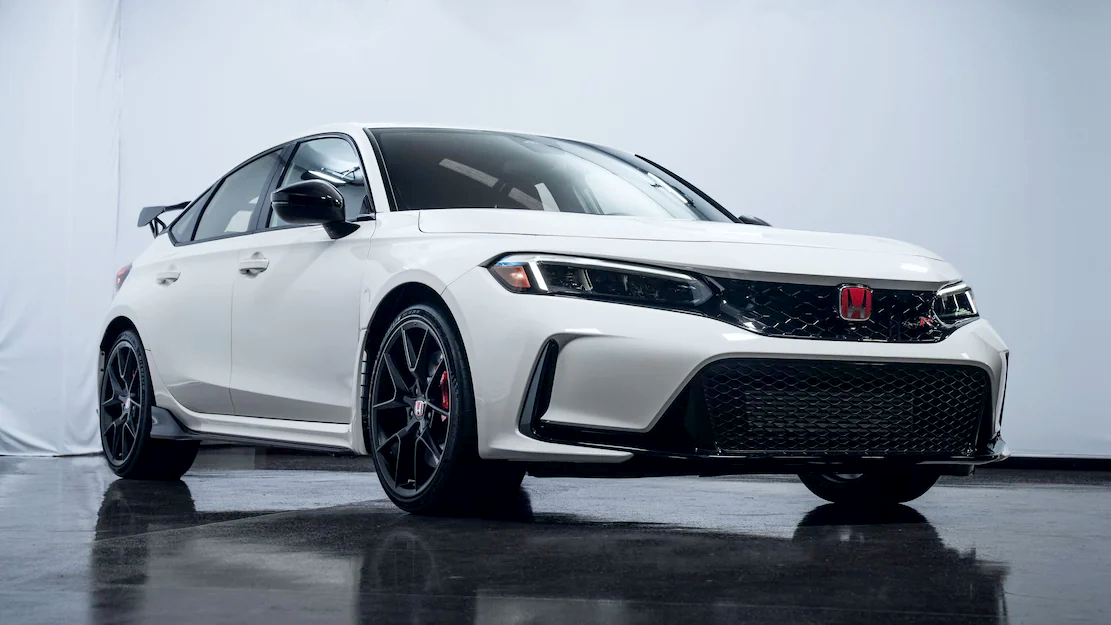 We praised the Type R for its excellent handling and gutsy 2.0-liter turbocharged engine. This year marks the 30th anniversary of the Type R badge after it was first seen on the NSX Type R in 1992. Now the 2023 Civic Type R is here, and the spiciest Civic you can buy is back with its combination of everyday usability with hatchback practicality and world-beating front-wheel-drive performance.

For 2023, the Type R gets an all-new look, fresh interior, and upgrades that should help it regain its title as the hot-hatchback king of the hill. Honda has been frustratingly mum on specifics so far, and we’ll update this page when we get more information. Until then, we do know that Honda claims this is the most powerful Type R the company has ever made. Its main competitors are Volkswagen Golf R, Hyundai Elantra N, and Toyota GR Corolla. With the all-new Type R joining the mix, the battle for hot-hatch supremacy just got even more interesting.

We know that this Civic uses an upgraded version of the 2.0-liter turbocharged engine that we saw in the last Type R. Honda said it will have more power than ever before, but the automaker isn’t quoting exact power and torque figures at the moment. Thankfully, the six-speed manual transmission with rev-matching returns, in case drivers aren’t totally at one with heel-and-toe downshifting. 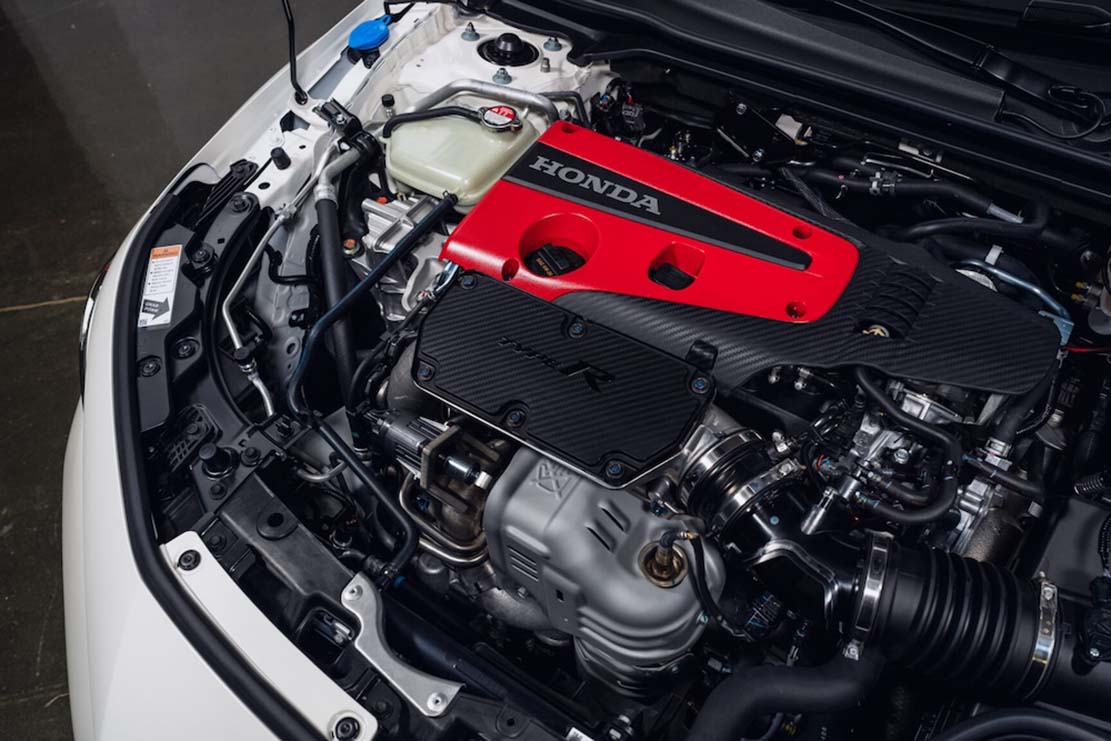 Honda also mentioned that the manual has been improved, but it doesn’t say how. However, if it’s anything like the last Type R’s stick, it will be a joy to operate with slick shifts and short throws. As is the case with the Type R tradition, power will be sent to the front wheels alone.

If you’re familiar with the current 11th-generation Civic, then the Type R’s exterior won’t come as much of a shock. It’s certainly more punchy than the standard Civic, but it doesn’t have the raw “come and get some if you think you’re hard enough” aggression of the previous model. Even so, for some, the more restrained design will be a boon, and the less in-your-face styling won’t have to grow on as many potential buyers and onlookers.

Inside, the story is much the same as on the outside: It looks a lot like the standard Civic. Compared to the regular car, the Type R’s major changes are centered around the seats, new red upholstery and carpeting, and of course, the teardrop aluminum gear lever. The revised sports seats are similar to those used in the previous Type R, featuring aggressive bolstering to help keep driver and passenger in place during spirited driving. They’re lined in grippy suede-like upholstery that plays into the model’s performance theme and isn’t as stifling as real leather. 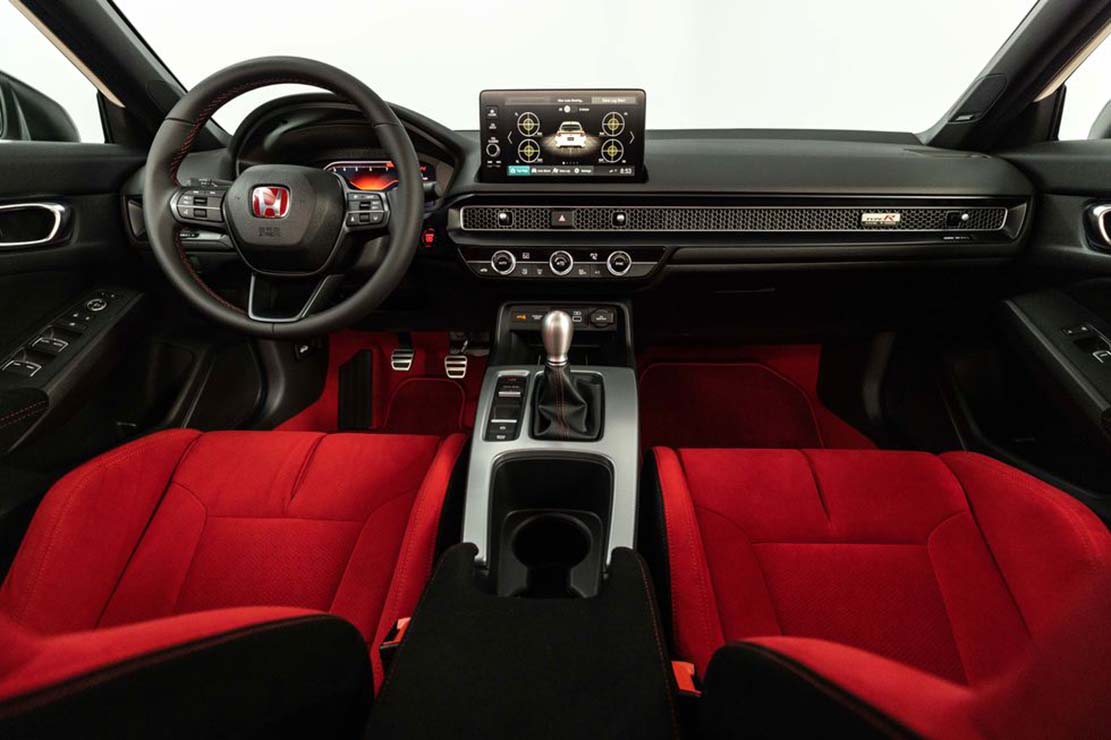 There is also a new gauge cluster for the Type R, and unlike the previous Type R, this car features an actual speedometer, not just a digital number in the center of the dash. The instrument cluster is customizable, and it features info that isn’t available on other manually shifted Civics like what gear you’re in. Switching into +R mode brings up a reworked instrument cluster with a bar-like tach front and center and g-meter displays underneath it.

The center screen features Honda’s LogR data logger that can display information about your driving. Type R owners can set up the display to feature different information, and they have options like a stopwatch for collecting lap times and the ability to share driving videos. 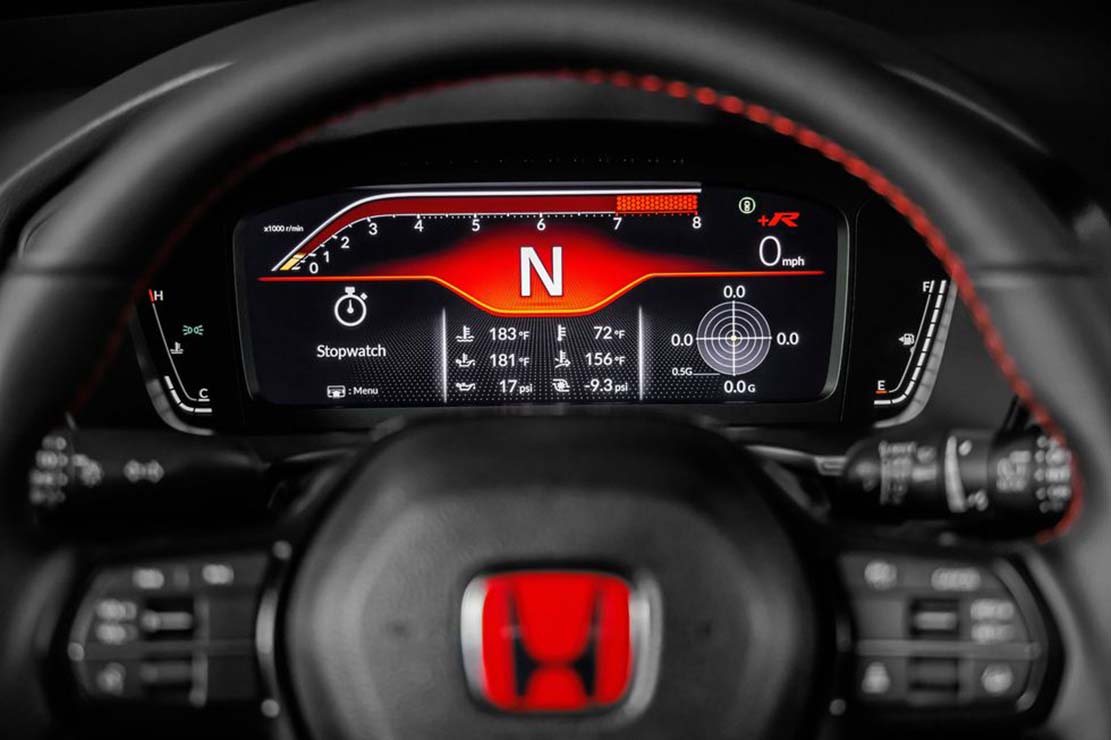 For right now, that’s really everything we know. Honda is surprisingly coy with Type R details, and we wish we could tell you more about specific power and torque figures, drive modes, and details on the major changes to the suspension architecture. Either way, Honda says this information will come in time, and all we can do is wait until it’s fully released. 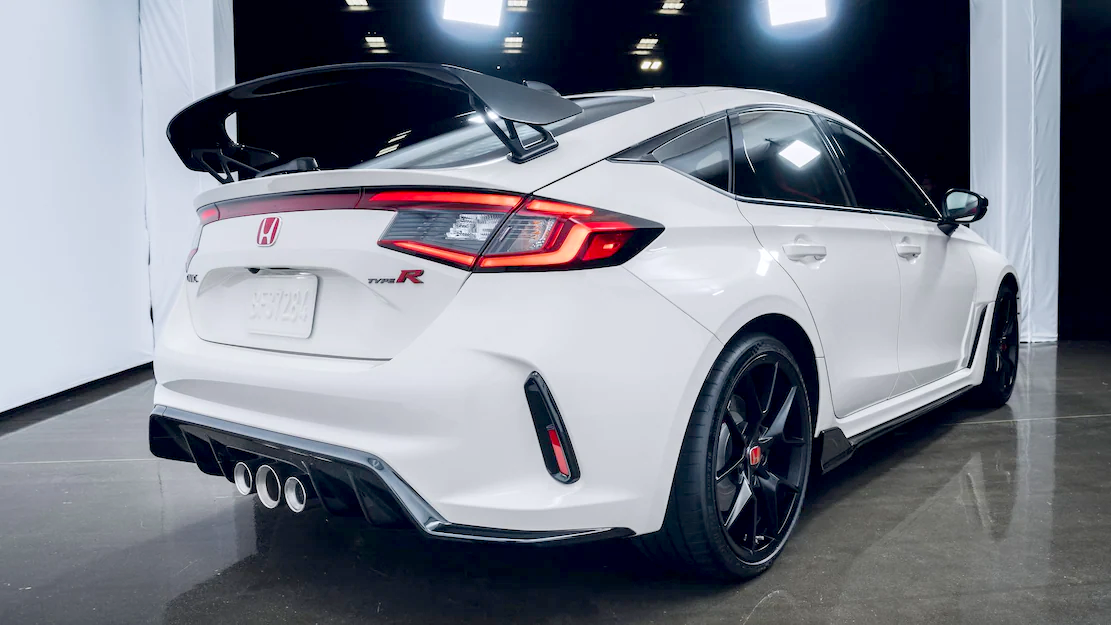