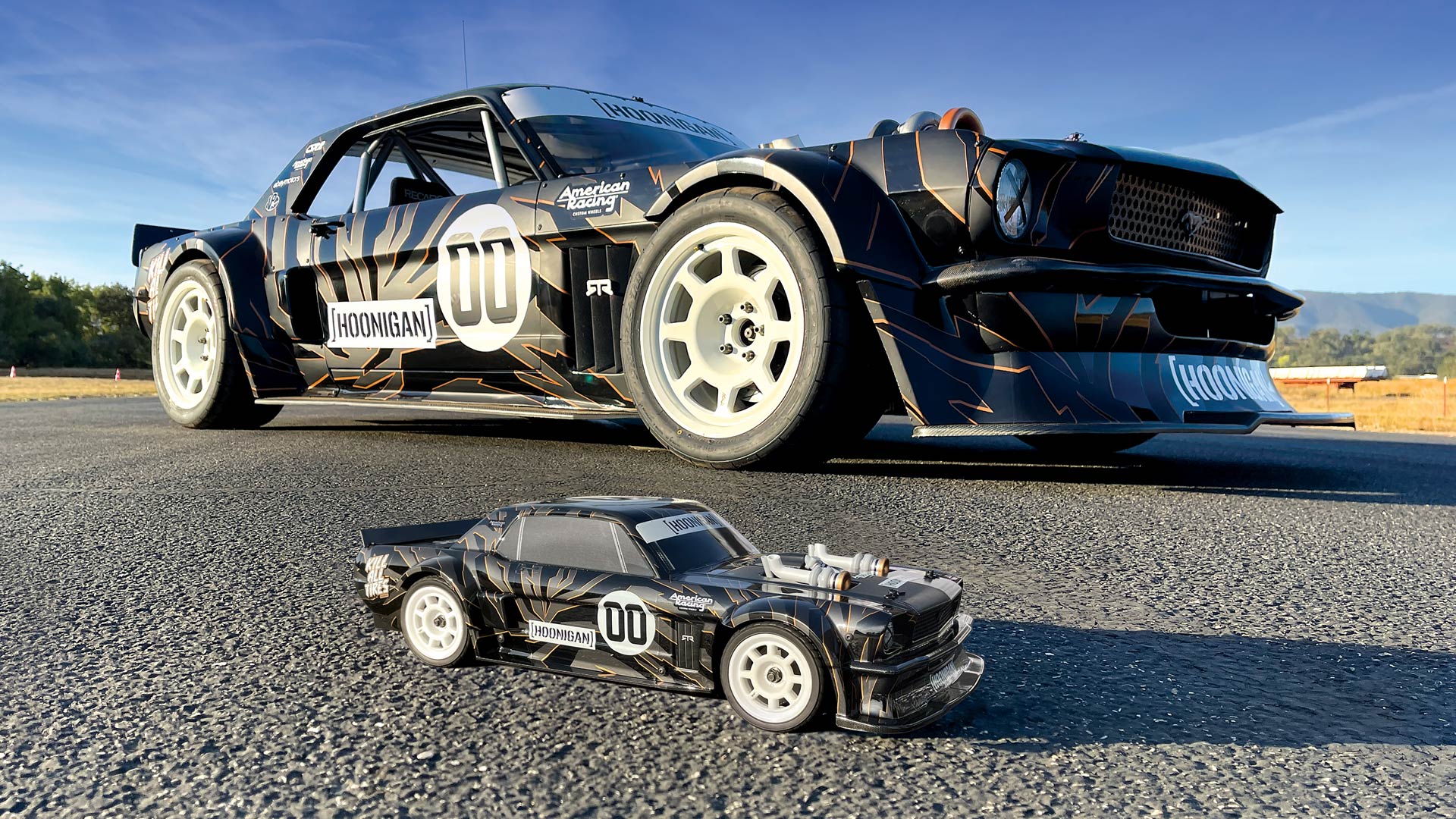 Ken Block’s legendary 1,400-horsepower, all-wheel-drive 1965 Ford Mustang ‘Hoonicorn’ is a monster. An inspiring re-imagination of the iconic Ford Mustang, it has been making headlines since it first debuted in 2016 with only a paltry 845 hp. Thankfully, Team Associated is here to give automotive neophytes the opportunity to drive the retro-mod Mustang in 1:10 scale remote-controlled form. 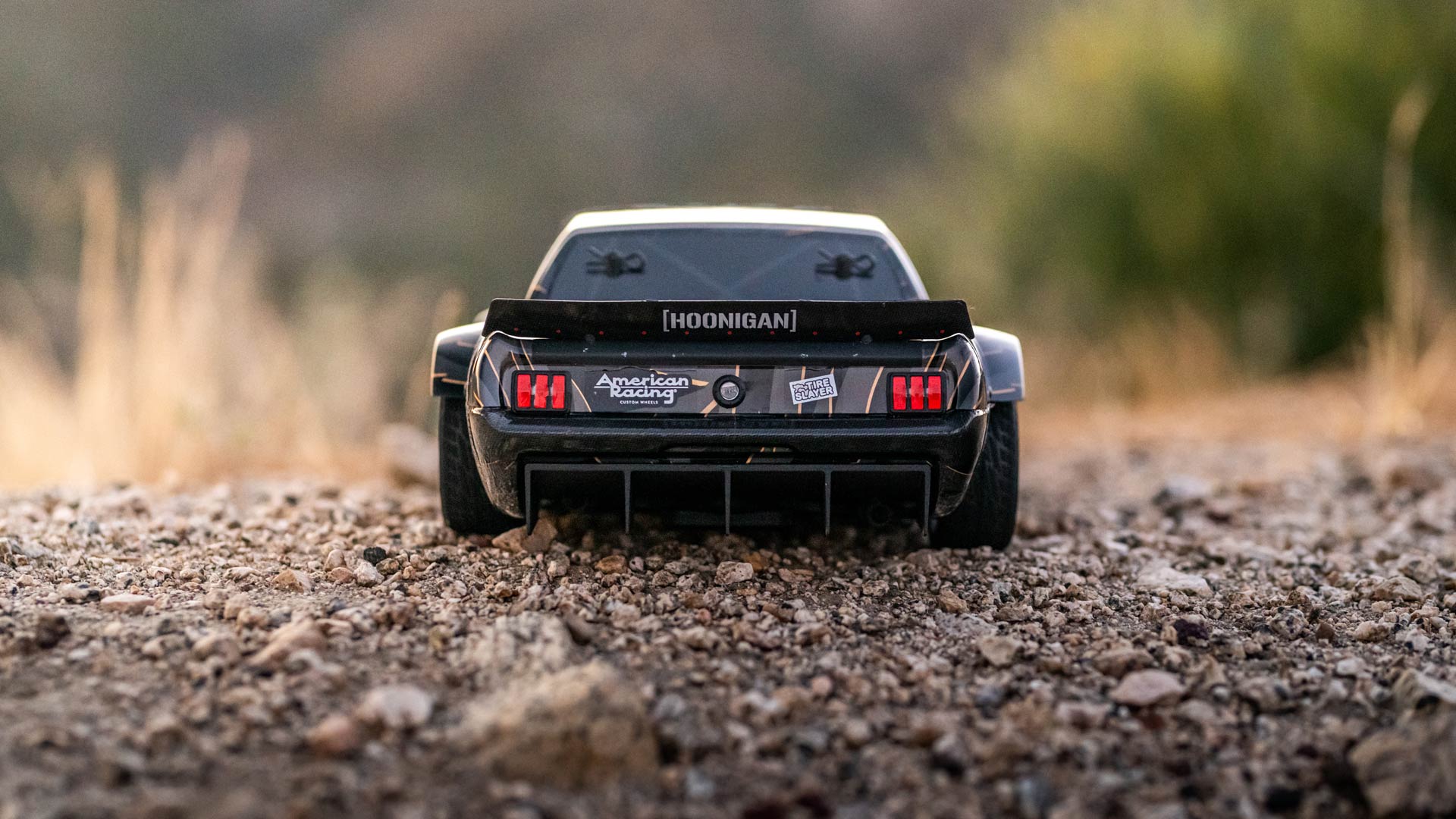 The RC car has a rear independent suspension, a sealed driveline to keep out debris, oil-filled shocks, and metal ring and pinion gears. It’s a robust RC car that comes equipped with a three-lot brush motor, a Reedy SC500X programmable brushed ESC, and an active rear suspension that adjusts the toe throughout the suspension cycle. It’s all-wheel drive, as well, and ready for whatever one can throw at it.

Team Associated offers the Hoonicorn RC Car in two versions. One has an MSRP of $579.99 and includes the motor, receiver, radio, and the Hoonicorn body. The other, more expensive option consists of all one would need, like the charger and battery. It costs $679.99, which isn’t cheap, but it is far more affordable than modifying a full-scale 1965 Mustang into a Hoonicorn replica. You can get it cheaper at Hoonigan, where it starts at $395 for the basic kit.