Ford fans around the world enjoy the fun and practicality of late-model pony cars, but nothing compares to Ken Block’s Hoonicorn Mustang specs. In fact, every Ford Mustang for sale would love to be a Hoonicorn. Drifting is the world’s most popular motorsport, and it has allowed Ken Block to become a hero to young and old alike. As such, we invite you to join us as we break down every aspect of the Hoonicorn Mustang.

The Ford Hoonicorn Mustang project began in 2013, with Hoonicorn V1, as a way to extol the virtues of Ford Performance and racing suppliers. The need for big Hoonicorn horsepower necessitated a potent V8. That is where Catcus Jack offered the expertise of his engine builders. Roush-Yates built a bulletproof 410 stroker. The car debuted as the 1965 Hoonicorn RTR, sending 845 horsepower to all wheels.

In order to spin all tires, all the time, the engine specs start with a Ford 5.8-liter small-block V8. The architecture dates back to the Windsor block, but Roush Mustang improved the internals for strength and lower friction. It is loaded with forged internals and a solid-roller camshaft. Perhaps one of the most guarded secrets are the valve events of this unique Roush Yates Turbocharged 410 cubic-inch Ford V8. 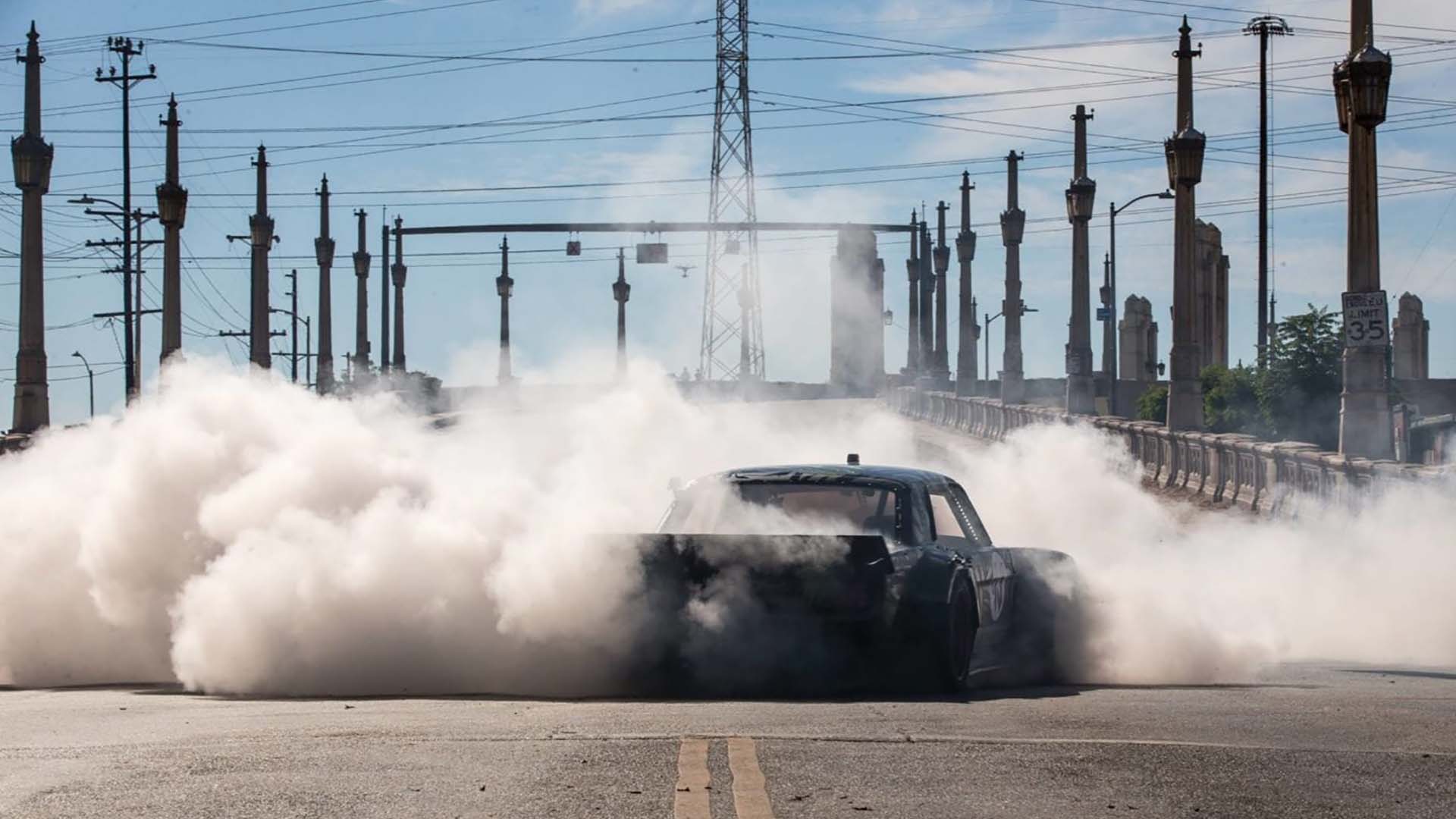 This 1965 Ford Mustang was built from the ground up to be All Wheel Drive. That is why Ken chose Vaughn Gittin’s team to work their magic. Starting in the virtual realm, the RTR team realized strength and safety are paramount. Therefore they chose carbon fiber body panels over a tube frame chassis. ASD Motorsports was brought on board to build an inboard suspension. Control arms were CNC machined from billet stock. This allows Ken Block’s Mustang weight to be lower than any late-model Ford for sale. The ultimate aspect is less unsprung weight than many dedicated race cars.

You might assume that the driveline is filled with electronics. While fancy torque vectoring systems work well to keep novice drivers safe in bad weather, the mark of a true rally master is a lack of complexity. That is why symmetry is the foremost aspect of the Hoonicorn Mustang chassis. The front and rear track widths are identical. This allows incredible steering feedback and the same geometry for the control arms. The wheels, tires, differentials, and brakes are nearly identical on all corners. Ken Block is able to send torque front to rear by using the independent brake located next to the shifter.

After destroying 20 sets of tires in Los Angeles, Hoonigan Racing decided to attack the world’s most famous hill climb. Instead of racing at Sea Level, the Hoonicorn Mustang would be starting at 4,700 feet and racing into the sky. Therefore Garrett Turbochargers offered to acclimate the Hoonicorn engine to high altitudes. The velocity stacks were retired in favor of a 3D printed intake by Switzer Dynamics. This allows 21 lbs of boost to fill the cylinders with the help of a custom camshaft. Aspects like these prevent the likelihood of another Hoonicorn Mustang for sale. 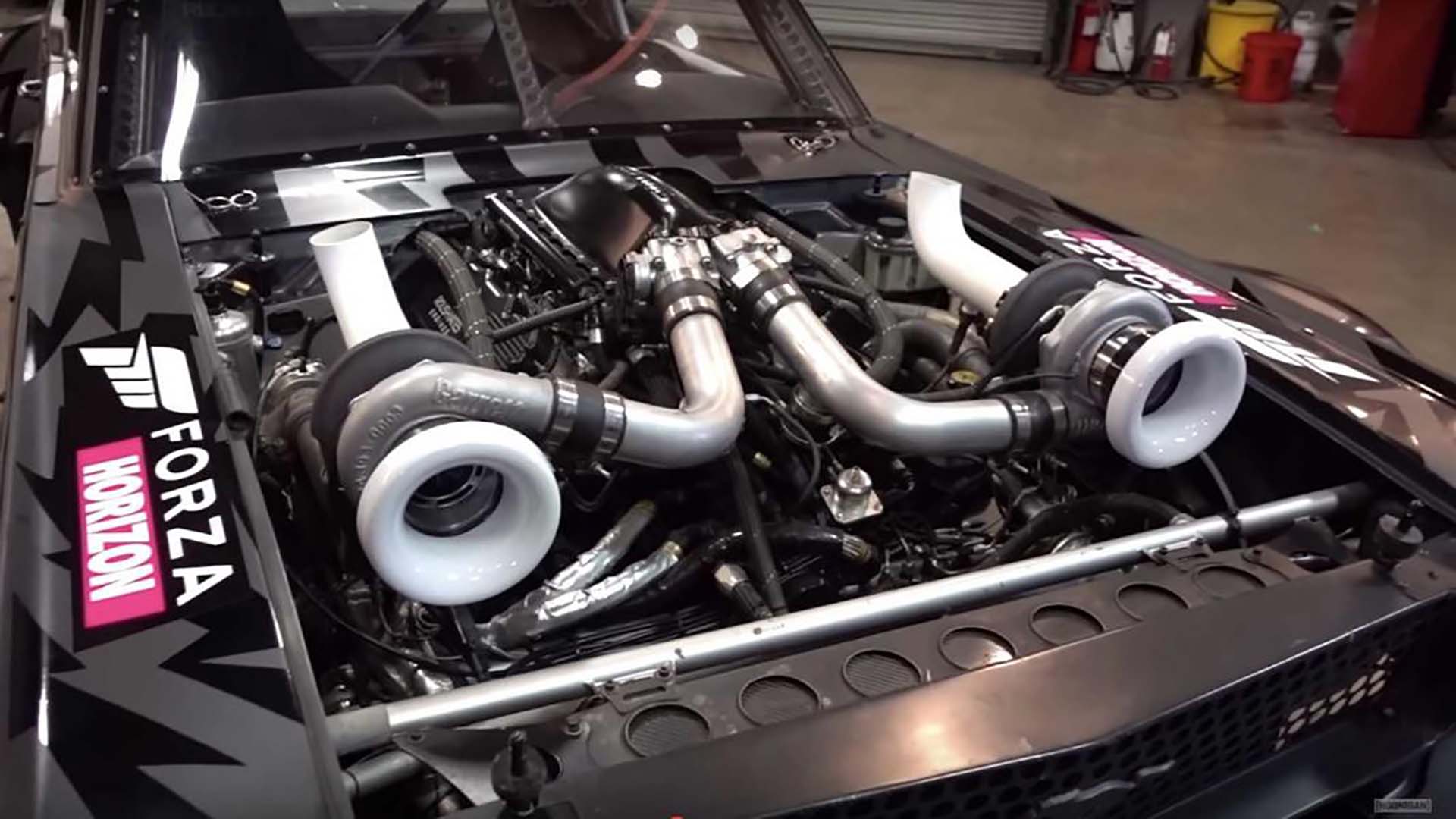 A series of other changes were made to the Hoonigan Hoonicorn in order to meet the requirements of Pike’s Peak. What emerged is the Hoonicorn Mustang RTR V2. The Hoonicorn specs of 1,400 horsepower and 1,250 lb-ft of torque were put to the test at 14,000 feet in altitude. The run was documented in the Hoonigan documentary: “Climbkhana.” More recently, fans have discovered the car’s abilities in Forza Racing. Realizing that it was a favorite for heads-up competition thanks to the Hoonicorn’s 0-60 in 1.8 seconds, Hoonigan and Ken Block chose a quarter-mile drag race against a McLaren Senna.

Although the Hoonicorn Mustang was not built with drag racing in mind, the suspension was easily dialed-in for a quarter-mile hole shot. The Sadev 6-speed sequential proved perfect for the task, as the AWD system spun all tires.

We know of no situation where the Hoonicorn Mustang would not prevail. As with their other builds, the Hoonicorn price can’t be calculated on parts and time alone. It will be the focus of intense bidding wars if Ken chooses to part ways.

If you like the smell of burning rubber, the Hoonicorn Mustang has a square setup for optimal grip. The forged wheels are unique Fifteen52 Forged Tarmac R43 in 18” x 10.5”. They are wrapped in 295/35/18 Toyo Proxes R888R tires. Since the axles are also of equal length, the transmission offers equal opportunities to ignite them all. 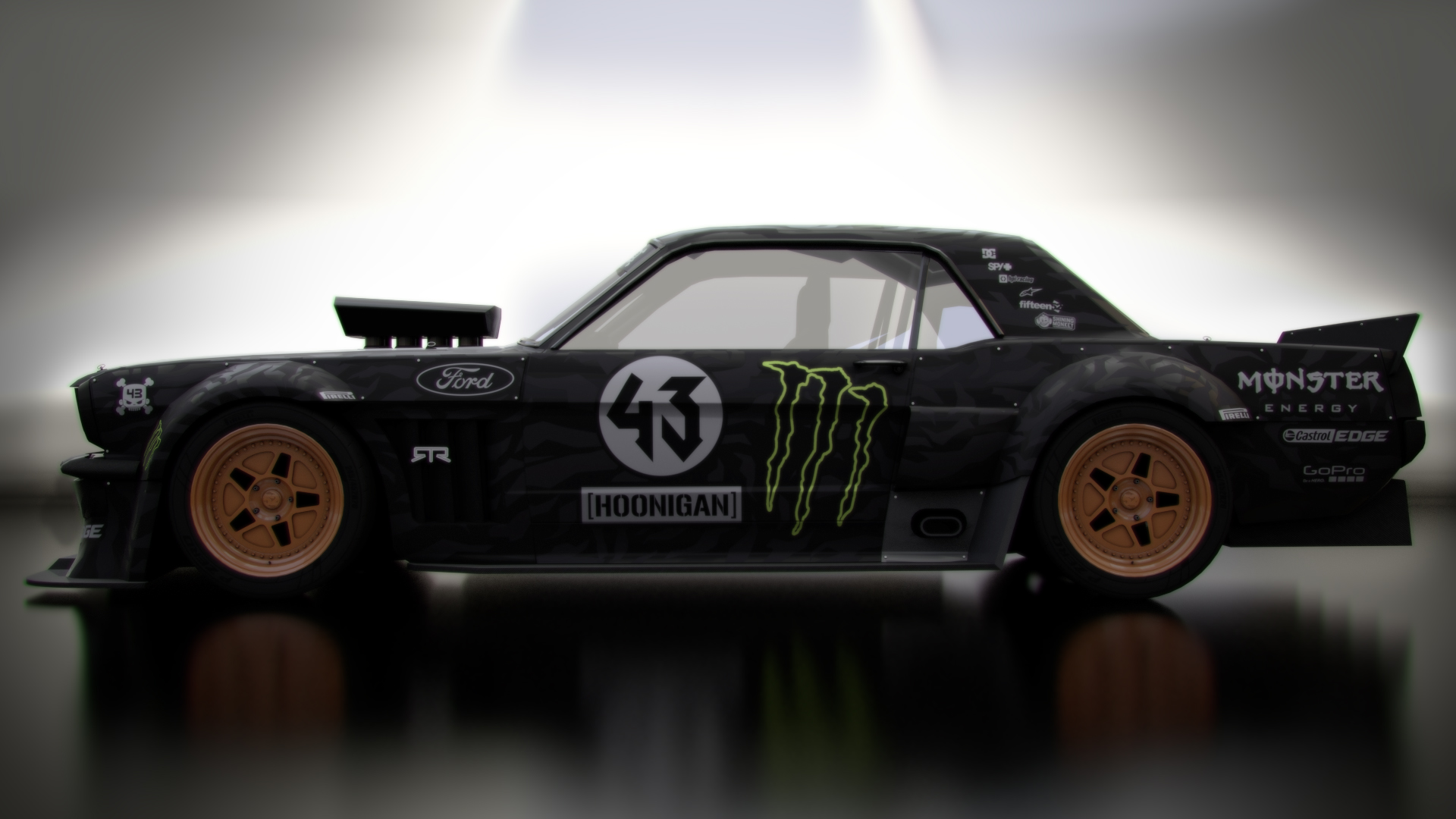 What happened to the Hoonicorn?
Sadly, Ken Block and Ford parted ways in 2021. Because of this, Block had to also part ways with his Hoonicorn and many other cars. After his final ride in the Hoonicorn V2, it was returned to Ford. In fact, the Hoonicorn, along with all of Block’s other Fords, are listed in the “Archived Garage” on HooniganRacing.com. As for what it’s doing now, that’s unknown. Hopefully, Ford will keep the Hoonicorn in great condition so that it can be admired for years to come. Let’s be honest, the Hoonicorn has pulled off some of the craziest automotive stunts that we’ve seen in years and deserves a spot in automotive legend.