Polestar may have only been established as a standalone brand for electric vehicles in 2017 (it was previously Volvo’s performance brand), but it is not keen on taking the slow road to success. To that point, today they announced plans for their sixth vehicle, a high-performance electric roadster targeted for a 2026 launch date. To be called the Polestar 6, this roadster will be a production version of the striking O2 concept car unveiled this past March and interested buyers are encouraged to reserve one as soon as today.

For early birds, there will be a special Polestar 6 LA Concept version featuring a similar spec to the O2 concept that was first shown in Los Angeles. Just 500 individually numbered units are planned, each featuring the same blue paint, white interior trim, and 21-inch wheels found on the concept car. (Sound familiar? Yes, Nissan we are looking at the 2023 Z Proto Spec.)

“With the overwhelming consumer and press response, we took the decision to put this stunning roadster into production and I am so excited to make it a reality,” Thomas Ingenlath, Polestar’s CEO, said in a statement. 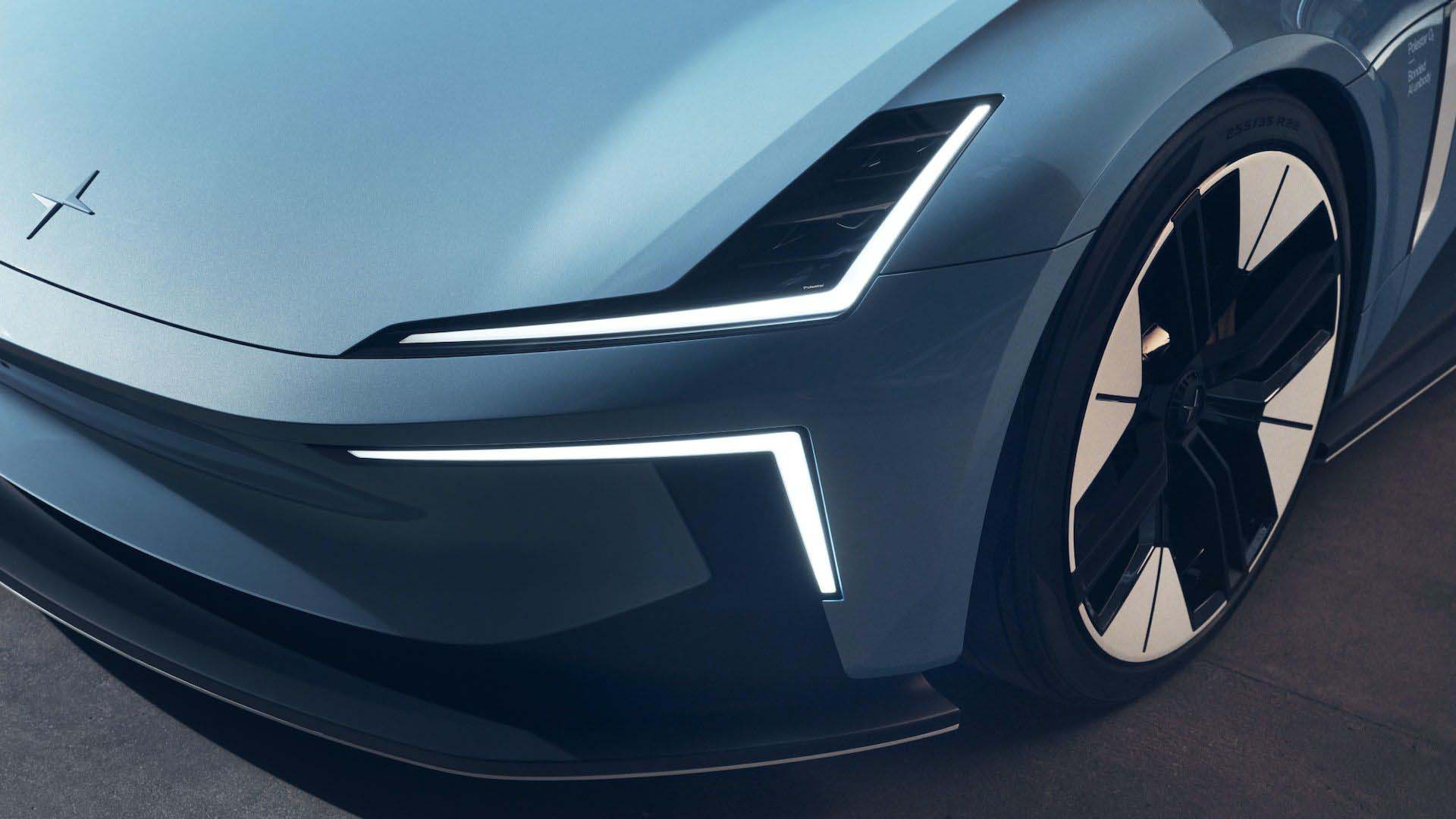 The launch date is still some time away, but the first specs for the Polestar 6 have been confirmed. The car will feature a retractable hard-top, just like the concept, and will ride on a shortened version of Polestar’s own bonded aluminum platform currently slated for a 2024 debut in the forthcoming Polestar 5 mid-size hatchback. A dual-motor all-wheel-drive system will generate up to 884 hp and 663 lb-ft of torque; enough to propel the sporty EV from 0-60 mph in just under 3.2 seconds, with a top speed of 155 mph. There will also be an 800-volt electrical system, making charging at high kilowatt rates possible.

Polestar’s lineup currently consists of the Polestar 1 flagship coupe (actually a plug-in hybrid) and Polestar 2 compact hatch. A Polestar 3 mid-size SUV will be revealed in October, followed by a smaller Polestar 4 crossover in 2023 and the Polestar 5 hatch in 2024. In addition to all of these regular models, Polestar also has a goal of producing the first climate-neutral car by 2030. 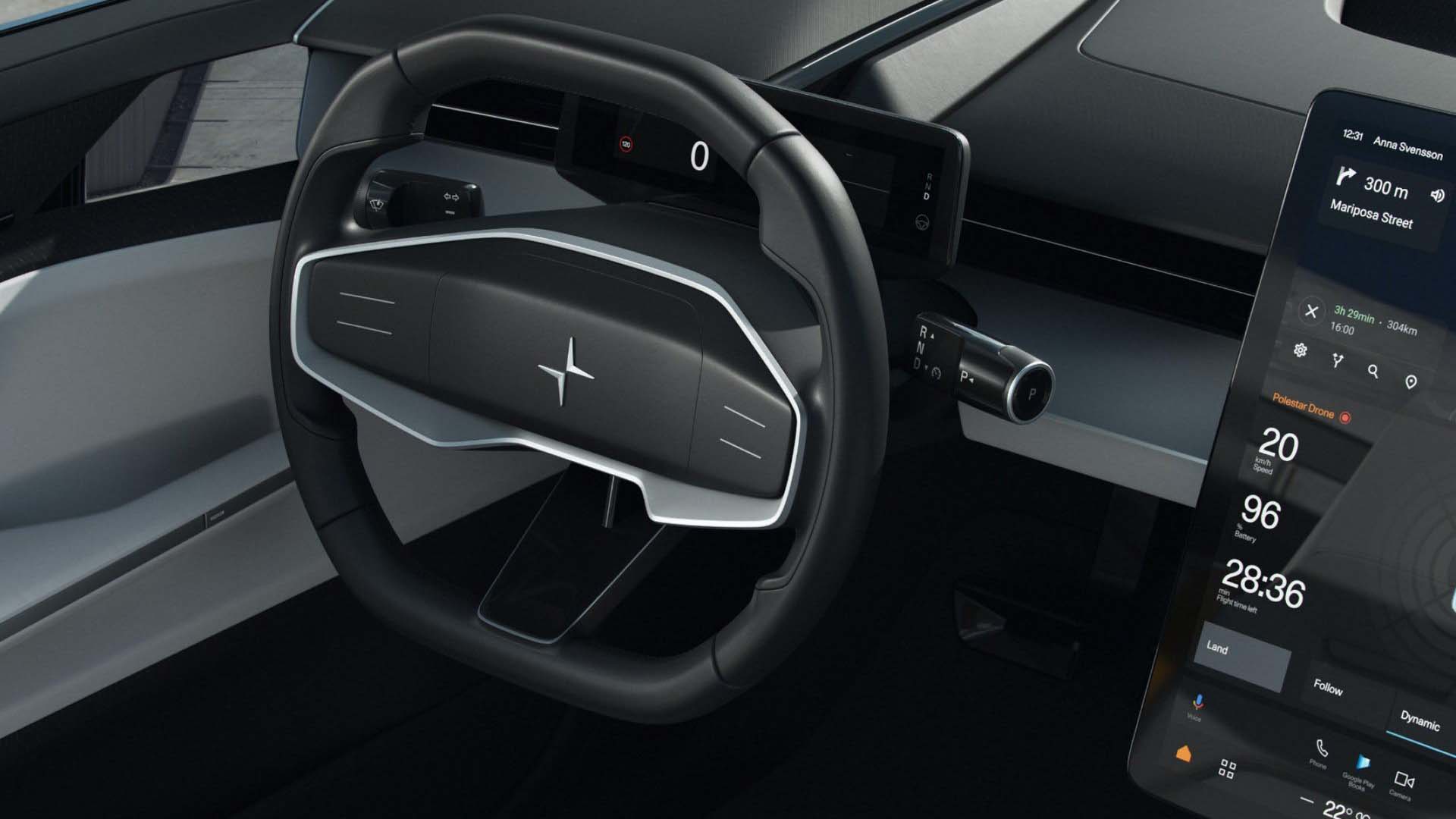 Time to create a true connection between those who love performance and the embodiment of a newer, cleaner version of it. Time to remind everyone of the joyful, thrilling experience that driving can be. Time to have fun.

Time to put Polestar 6 into production.

Revealed to the world in March 2022 as Polestar O₂, Polestar 6 will be an electric roadster hardtop. Built on Polestar’s bespoke bonded aluminum platform, developed by Polestar R&D UK, it will boast an output of up to 650 kW (884 hp) and 900 Nm (664 lb-ft) from a dual-motor powertrain, a targeted 0-100 km/h (62 mph) sprint time of 3.2 seconds, and a top speed of 250 km/h (155 mph), all made possible through the same high-performance, 800 V electric architecture already confirmed for Polestar 5.

The reaction, though we’d expected it, exceeded our assumptions. This was a concept we’d prepared not only to showcase material and technological innovations, or even to show what’s next in our ever-evolving design story, but because it was fun. Roadsters make the hearts of any automotive enthusiast sing. Of course we want to make our own. Moreover, we want to make something that will speak to the emotions of anyone who feels the siren call of the open roof and the open road.

And we want to do it cleanly.

Roadsters have famously been associated with consumption, colossal engines, and noise. To call that paradigm outdated is an understatement. What we need is a new definition of performance, as embodied by the electric roadster. Lowering the top shouldn’t lead to a lungful of pollution. It should be the removal of a barrier between the driver and the car, the environment and the experience.