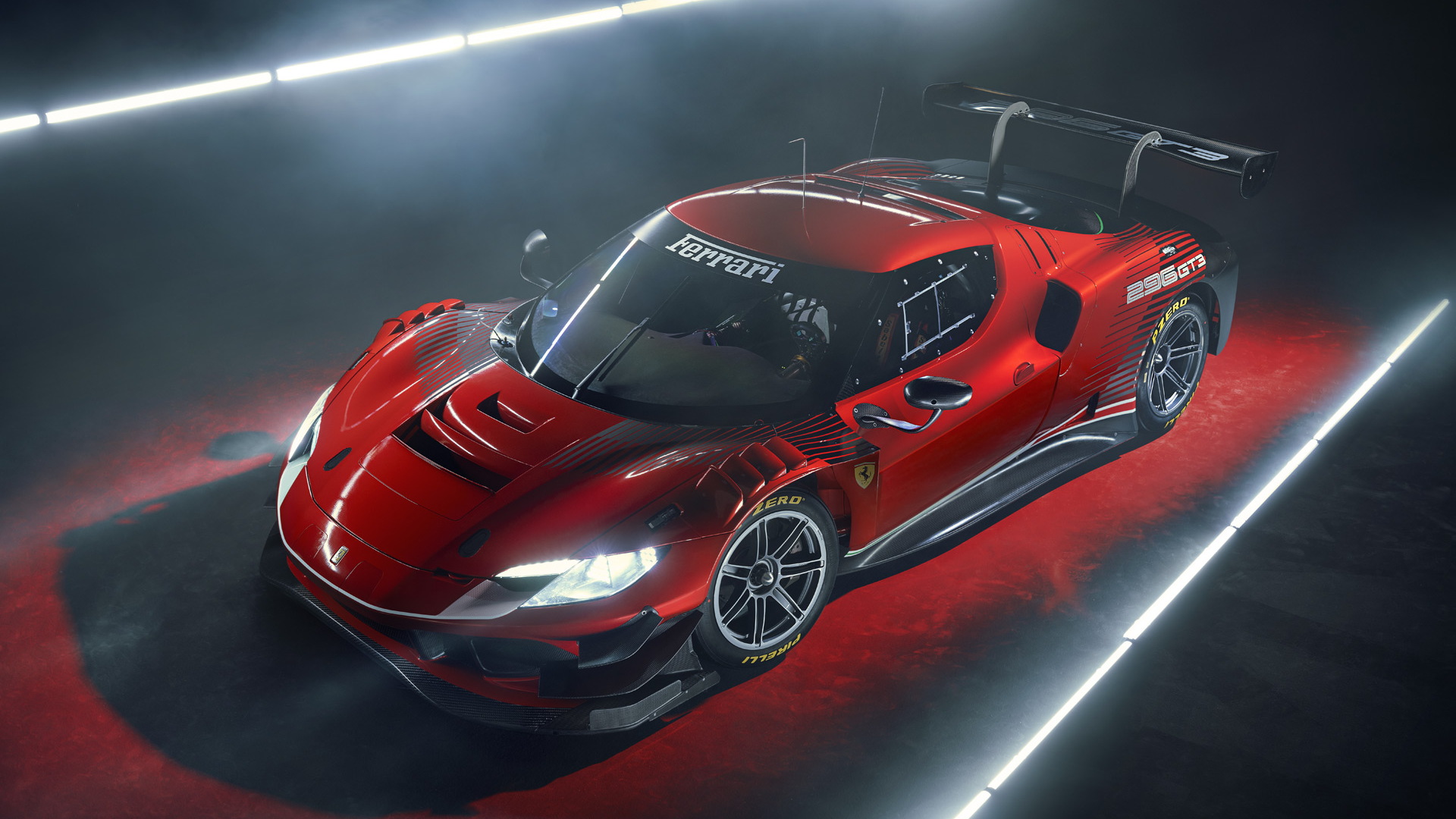 There are still a few months to go in the current GT3 racing season, but Ferrari’s already getting ready for next year and Ferrari has officially taken the wraps off its new-for-2023 contender. The new customer racing car that will replace the 488 GT3 Evo for 2023 has a fully detachable front and rears end in the name of increased serviceability, Ferrari revealed on the unveiling of the car ahead of this weekend’s Spa 24 Hours round of the GT World Challenge Europe.

The bodywork sections at the front and rear can be removed in one piece, while both ends of the car are built up on detachable subframes for further ease of maintenance.

Ferdinando Cannizzo, head of GT racing car design at Ferrari, said: “We looked at how they are doing things in Formula 1 and prototypes, and copied that.

“We have exchanged some ideas and concepts with the F1 team.”

He added that there had been a lot of interaction with “all departments at Ferrari”, including the Scuderia F1 operation, during the development of the 296 GT3. 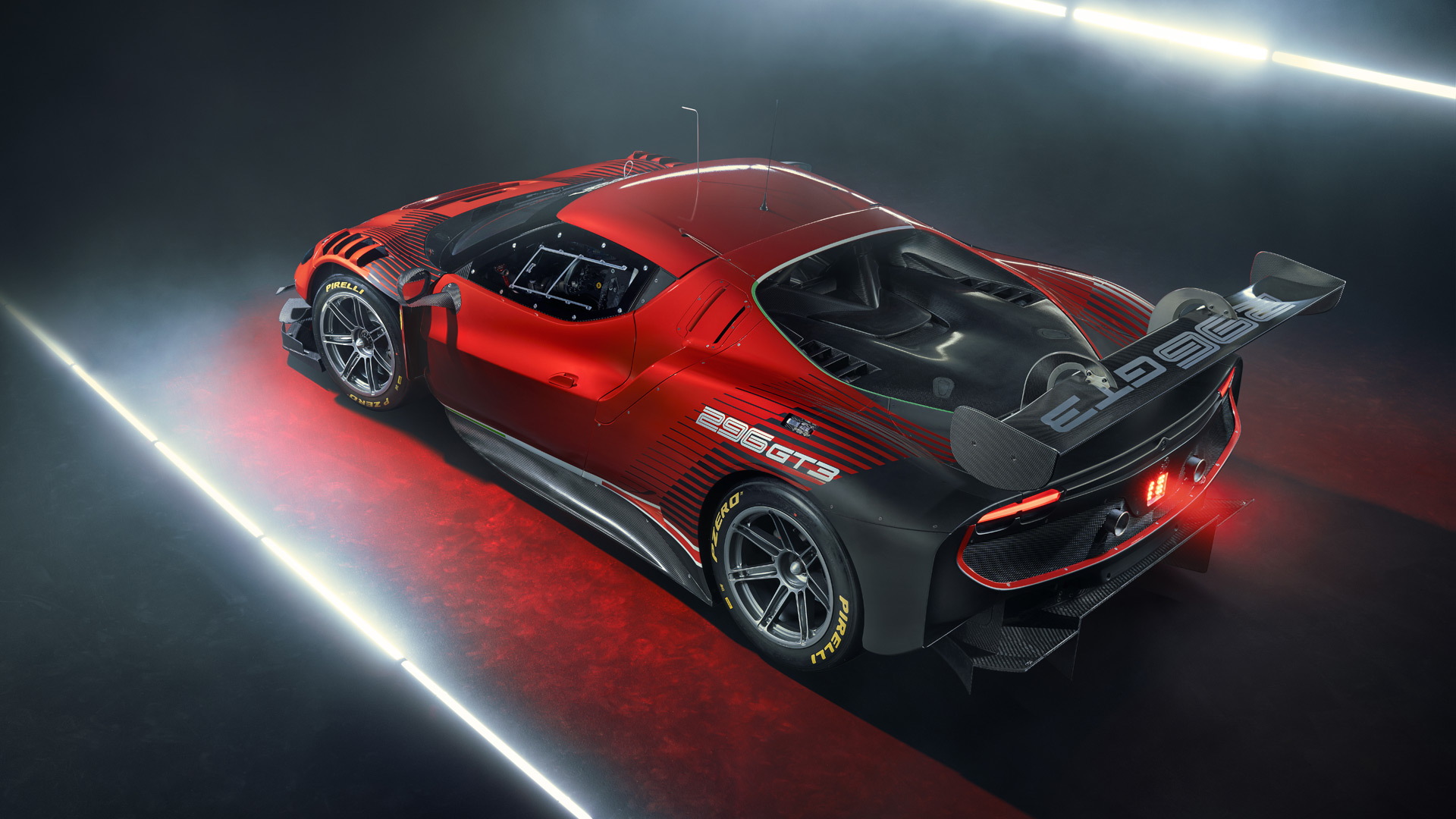 The 296 GT3 is a much more athletic version of the 296 GTB that Ferrari unveiled last fall. It wears a heavily modified aerodynamic package that gives it the look of something out of an arcade game. The racer’s reworked design may lack some of the elegance of the road car it’s based on, but it allows the vehicle to cut through the air with ease. The brand says the 296 GT3 also creates 20 percent more downforce than its predecessor, the 488 GT3, sometimes sure to come in useful if a race goes down to the wire.

The cabin, meanwhile, has been stripped of all but the most basic of creature comforts to improve visibility and accessibility. That’s okay, though. Chances are drivers won’t have much need for heated seats or a full-featured infotainment system during their next race.

The most significant difference between the track-oriented variant and the road car can be found in its engine bay. The car is still powered by a 3.0-liter twin-turbocharged V6, but the electric motor that makes the 296 GTB a hybrid has been jettisoned due to FIA regulations. Despite this, the mill—which is connected to a bespoke six-speed transmission controlled by a steering wheel-mounted paddle shifter can still pump out 600 horses and 524 ft-lbs of twist. The engine position has also been moved forward and lower in the vehicle to make it more drivable in an endurance race. 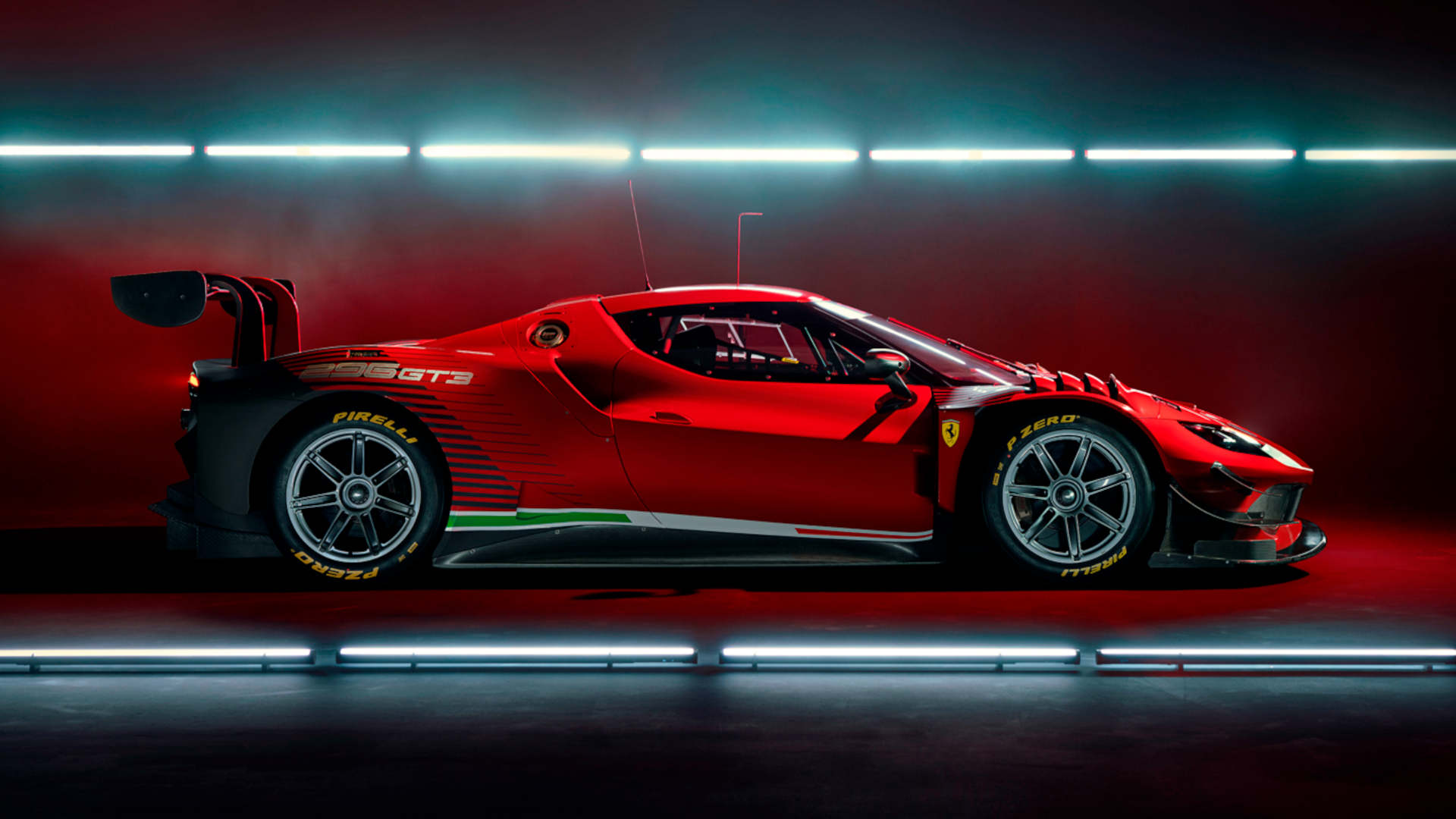 The 296 GT3 is scheduled to make its competitive debut at the Daytona 24 Hours just after the turn of the year. The car is aimed at professional-grade race teams but is available to “gentleman drivers” looking for a more hardcore track day experience. No price has been announced for the racer, but we wouldn’t be surprised if it comes above the street-legal version’s $318,000 starting cost. Ferrari says it’s already put thousands of miles on test cars to prepare for competition. The 296 GT3’s debut race will be next year’s Daytona 24 Hours. 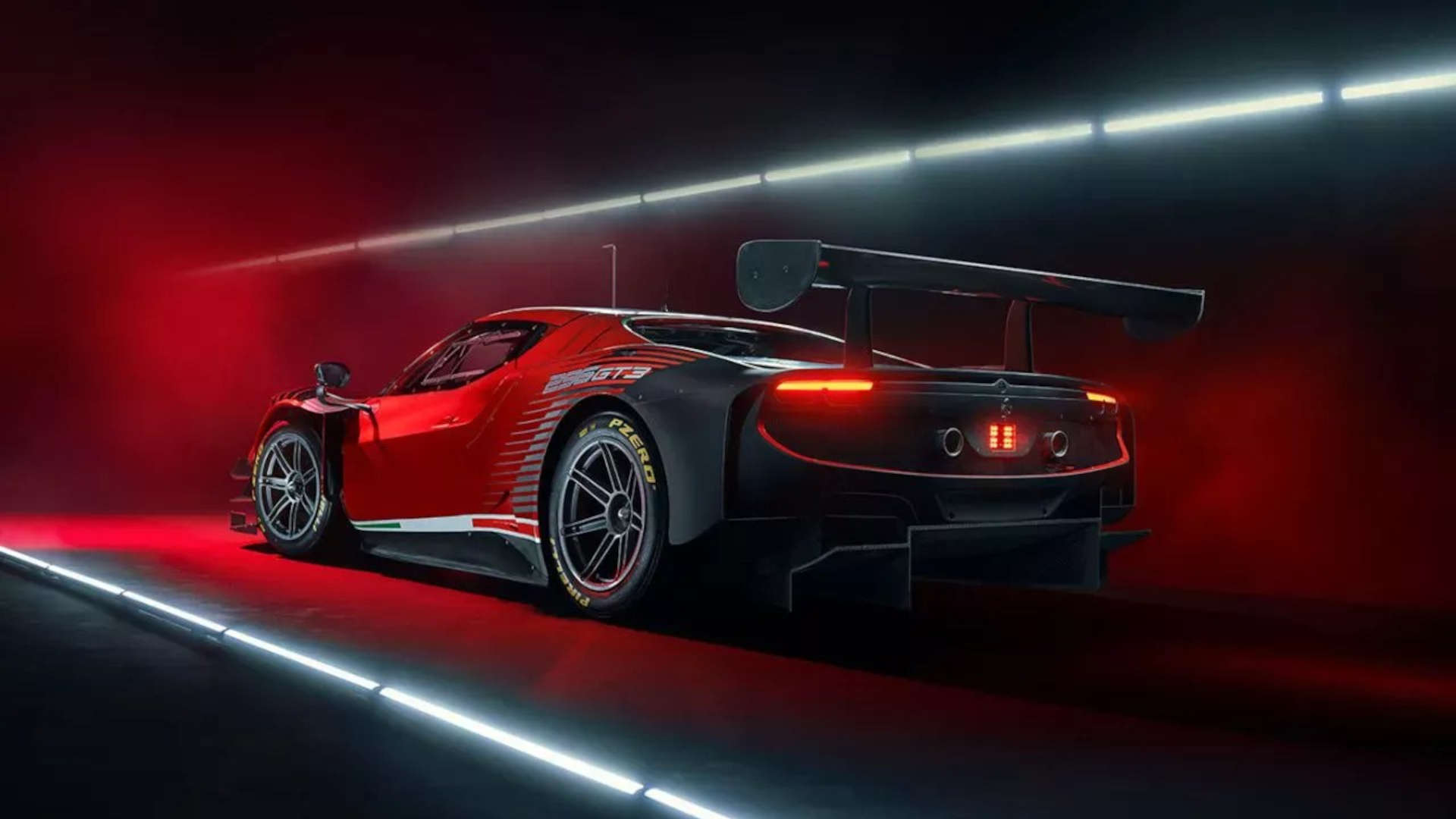